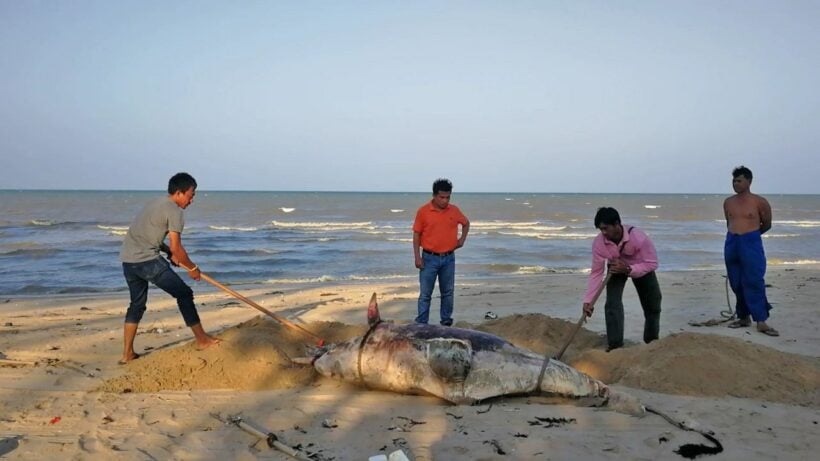 The two metre long male dolphin was estimated at 15-20 years old. The carcass had wounds at the tail and all over the body. Already much decomposed, it was estimated to have died 1-2 weeks ago. Initial examination led experts to suspect it had strayed from its school, become entangled in a fishing net and died while struggling to get free.

After local officials alerted the Chaiya fishery authority and the Gulf of Thailand’s Marine and Coastal Resource Research and Development staff in Chumphon, officials came to inspect the carcass, took detailed photographs of it and had the buried the carcass by Friday afternoon.

Earlier on Sunday, a 1.1 metre long female finless porpoise’s carcass was swept ashore at the same beach and also followed the death of an Irrawaddy dolphin discovered in this southern province. This latest carcass was the third death of an endangered marine mammals this year in Surat Thani. 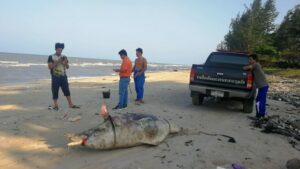 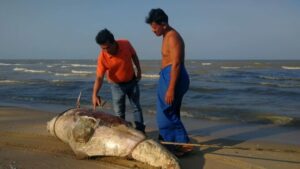 Land protest in Krabi over 7,712 rai of land