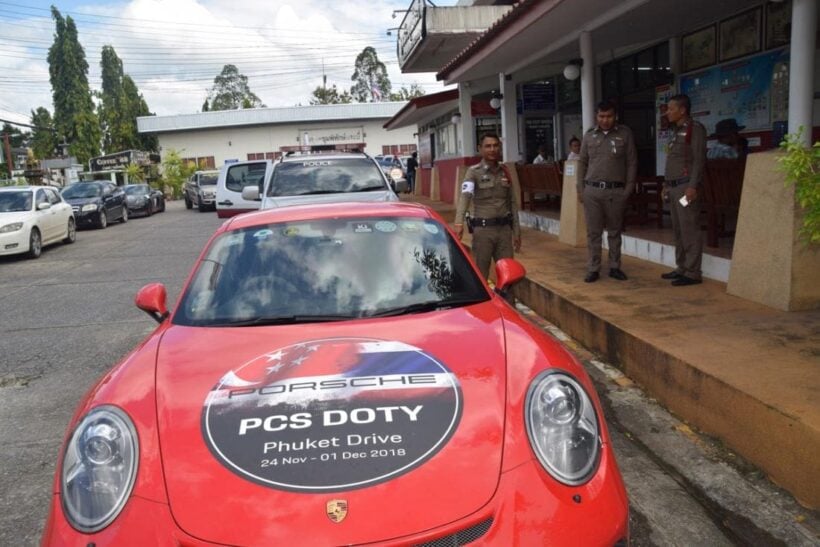 A Singaporean businessman, driving a luxury sports car, has hit Krabi police at a checkpoint yesterday in Krabi.

The Krabi City Police were conducting a scheduled checkpoint at about noon yesterday on Petkasem Road in Krabi City.

Police checked and clocked Mr Sim’s car was travelling at 200 km/hr, along with another five Porsche cars heading to Krabi City. Mr Sim was the third car in the group. He tried to brake and avoid the collision when the car in front of him tried to stop. His car spun around and hit the police officer.

At this stage he has been charged with reckless driving causing injury.