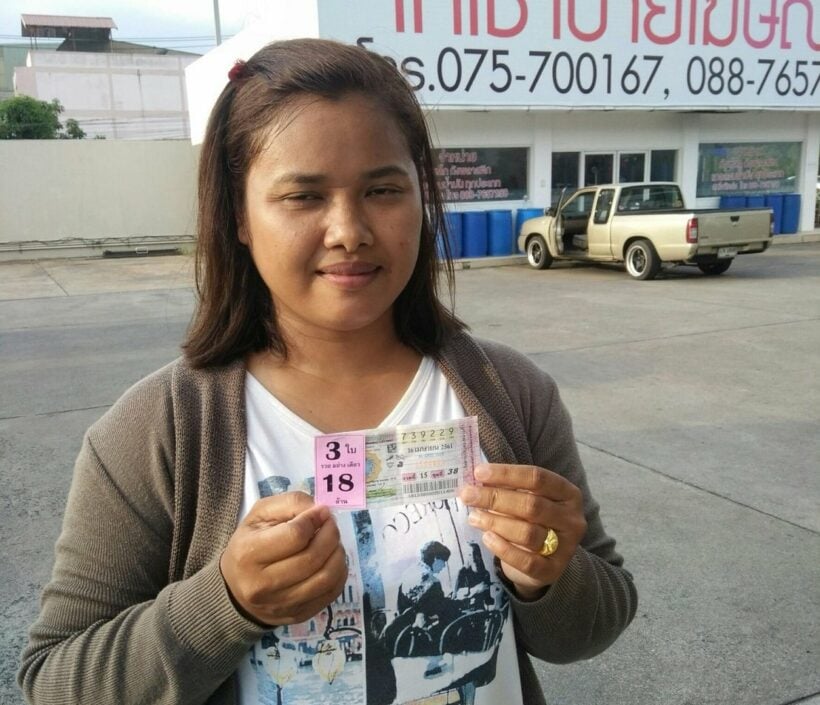 A 32 year old Krabi local, Pornpimon Ratniyom, has just won the first prize lottery in the first round since Thai New Year, receiving a prize of 18 million Baht.

Pol Capt Niwat Timkate, from Krabi Police Station, revealed the winner yesterday afternoon (April 16). The Thai lottery is announced twice each month (the 1st and 16th of each month).

The local woman went to the police station with the lottery ticket number 739 229 to record her prize winning.

Police announced that the winner is a housekeeper at Krabi Technical College and she bought the set of 3 lottery tickets from a vendor at a gas station at noon yesterday, just before the lottery was announced.

She says was shocked when she checked the lottery later in the afternoon and told police that she cried when realising that she’d won so much. She is also pregnant and currently living quietly with her relatives in Krabi town.