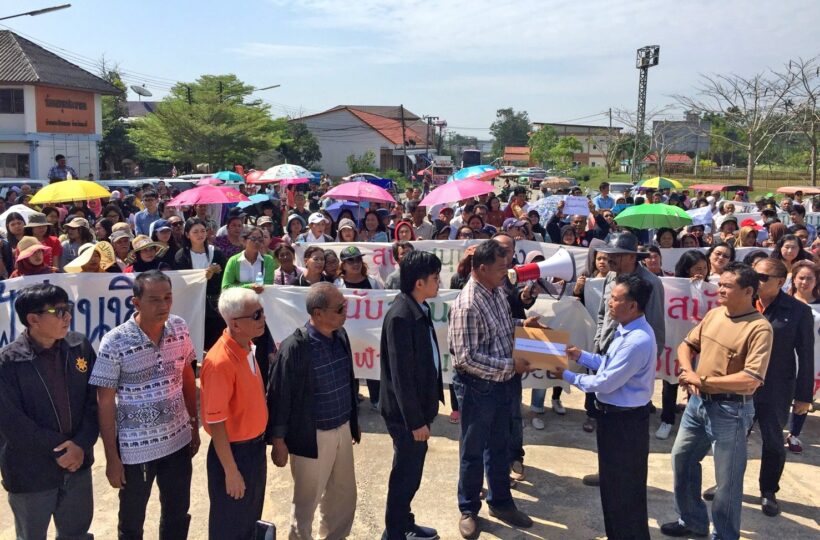 The group of villagers, led by Baan Pakasai Moo 3 Village Chief, Kijja Thongthtip, says the group under the name ‘Representative of Krabi people network’, filed a letter to the district officials to pass to PM Prayut Chan-Ocha and Minister of Energy, Dr Sira Chirapongpan, to express their stand in support of the coal power plant project in Krabi and Klong Rua Pier.

“According to the National Energy Policy Council (NEPC)’s agreement to continue the construction of the charcoal power plant project as well as Klong Rua Pier project in Krabi by making a new Environmental Impact Assessment (EIA), the group agrees with the policy and is ready to support.

“We have been supporting the project for a long time and also gathered a petition of 15,000 names of locals to prove that we really need the power plant. However, there’s no progress,” said the Village Chief.

“We are here today to insist that the power plant is constructed and would like to ask the Prime Minister to progress the project by ordering the departments involved to continue working on it as fast as possible for the benefit of the public and the sustainability of energy.”

Meanwhile, the group opposing the power plant released a statement saying the Electricity Generating Authority of Thailand is just manipulating locals to drum up support. The statement added that the 2,200-megawatt, coal-fired power plant was a serious issue that would affect many people both in and outside of Thepa district. 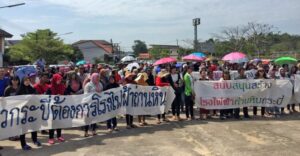