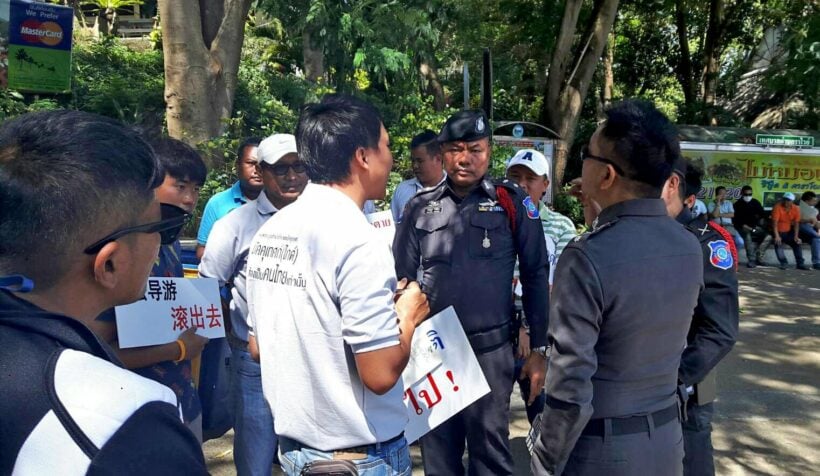 The protest started yesterday (December 20) but continued again at the same place today. The group is calling for help from local authorities, saying that the tour companies stopped hiring Thai national tour guides and hire Chinese national tour guides instead, which is illegal. They claim that, apart from being a flagrant abuse of the Thai workplace laws, it also results in a lot of local tour guides losing their jobs. Chalong police attended the scene of the protest and promised to enforce the law on the illegal tour guides. 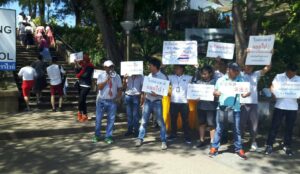 “This is a problem that destroys Phuket tourism image. This also happens in many other tourist provinces and police are not ignoring the issue. The problem is that they have to be caught at the scene. These illegal tour guides usually have a Thai tour guide with them, who will be presented as the real tour guide with a license, which makes it difficult to arrest them,” said Chalong Police Station Superintendent, Pol Col Prachum Ruangthong.

Meanwhile, Pol Maj Aekachai Siri, from the Tourist Police, said that the Tourist Police do their best to enforce the laws regarding illegal tour guides, following the Tourism and Guide Registration Act, and there have been more than 100 cases that have been prosecuted during the year. 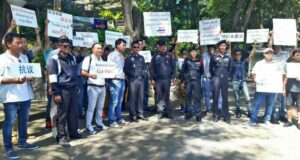 Krabi supporters of the coal power plant voice their support