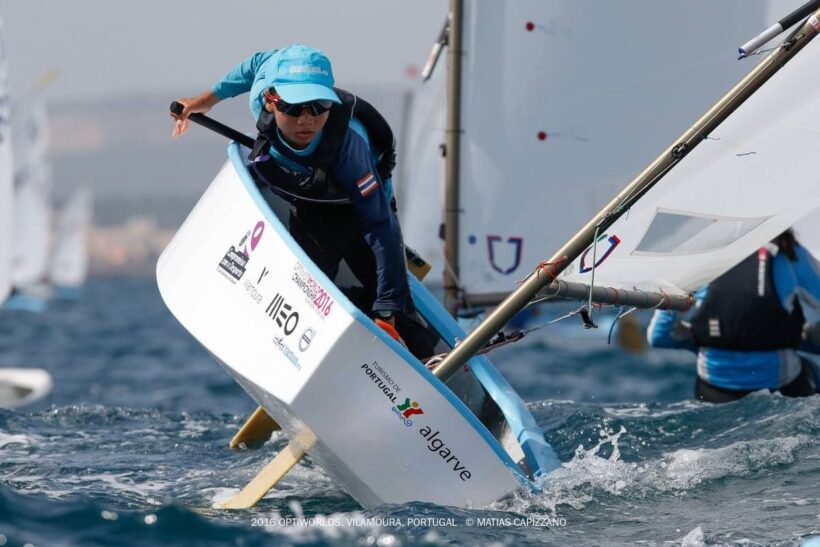 I have been critical in this column on more than one occasion of the youth sailing apparatus in Thailand. Specifically, the lack of it and of what exists its closed door nature.

I was at the Third Naval Area Command at Panwa Cape this weekend to check out the first of three events that make-up the 2017 Phuket Dinghy Series and I was happy to see how this series has grown. Started by committee members of the Phuket King’s Cup Regatta some eight years ago, and with support from the Royal Thai Navy, it has grown to become an important competition series for young sailors of all abilities that now appears to be run 100% by the Third Naval Area Command.

Phuket’s perennial problem has been lack of boats for youngsters to learn in, have fun in, and compete in. Specifically Optimists – there have been a few privately owned fleets here and there on the island but rarely would as many as 20 be out on the water together.

In the last couple of years, the Third Naval Area Command have taken it upon themselves to develop a youth sailing center at their Panwa base and they have approximately 50 Optimists, a few lasers, two 420s and enough support ribs and race gear to put on some good racing. This weekend there were 38 boys and girls racing in Optimists and six competing in Lasers.

Now there is a good-sized fleet of boats on the island and available (yes, the Navy has a open door policy where everyone is welcome to join their sailing programmes and events), more youngsters from outside of Phuket can come to join events such as the Phuket Dinghy Series. This weekend there were sailors from Songkhla, Prachuap Khiri Khan, Koh Pha Ngan (Surat Thani) and two clubs on Phuket.

Twenty-eight started in the Optimist Boys division with many competing for the first time. While it was competitive at the top end of the fleet, the Phuket Dingy Series is also about beginners having the chance to race and the weekend proved to be a great learning experience for many, which culminated with a debrief session onshore from Coach Pornprom Sakultum who is heading up the Third Naval Area Command’s youth sailing program.

All classes completed six races over the weekend and with a near perfect scorecard, dropping one position and finishing second in the final race, Bunyamin Klongsamut from the Third Naval Area Command Sailing Club (NAC3SC) dominated the Optimist Boys division and took the win. Second place when to Kan’s Kachachuen from the Prachuap Khiri Khan Sailing Club (PKKSC) who held off a spirited battle from Thanawan Malikee (NAC3SC).

In the Optimist Girls division there was some close racing amongst the 10 entries, and three sailors in particular battled it out for second and third places. However, there was no doubting the superiority of champion Nannapat Poolthong (NAC3SC) who won the series comfortably from Chawanluk Thammart (NAC3SC) in second with Donya Hasab (NAC3SC) in third.

In the Laser Class, Phuket Youth Sailing Club (PYSC) member, Kanton Jumdiet, recovered from a third place in the first race to sail a good clean series and was runaway winner. Yada Hasap (NAC3SC) had a close battle with Nattapong Yoang-ngam (PYSC) and managed to hold off to claim second overall.

The next event in the Phuket Dinghy Series will be held mid-October, also at the Third Naval Command in Panwa, and the third and final event will be held Saturday 25th and Sunday 26th November off Bang Tao Beach. 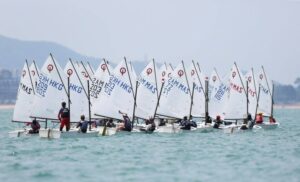 More rain on the way – north, north-east and south