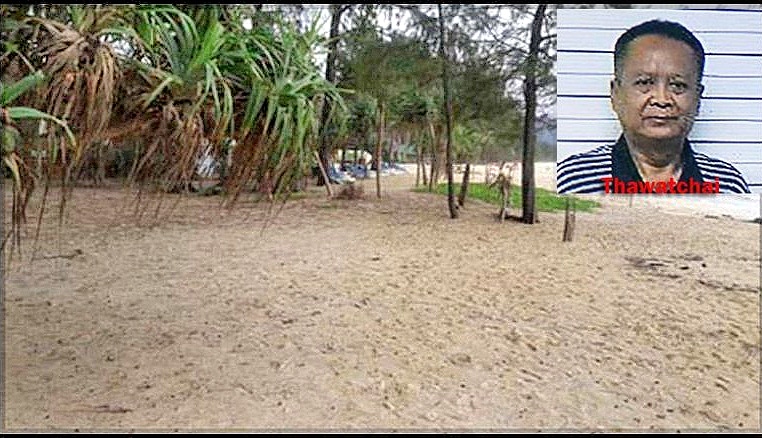 The Criminal Court on Monday handed down prison sentences to all three surviving offenders in the Phuket land-corruption case, while the Land Department was ordered to revoke the land deed at issue in the case.

The court sentenced the first defendant, Narong Ounseam, the land surveyor, to five years in jail; the second defendant, Sommit Suebsin, the kamnan of Tambon Cheung Thale, to three years and four months in prison; and the chief of the land surveyor division, Yuhad Pattanasuree – who had earlier confessed to his crime – to a two-year term.

A fourth defendant in the case, Land Department officer Thawatchai Anukul, had died while in custody.

The court also ruled that the land deed at issue was illegal, because it was clear that the Sor Kor 1 document for another piece of land had been used for registering the land deed in question.

The court therefore ordered the Land Department to revoke the deed.

The problematic 6-rai (one hectare) plot of land is situated on Lae Phang Beach in Phuket’s Talang district.

Department of Special Investigation deputy director-general Pol Lt-Colonel Prayvuth Wongsrinin said that the owner of the plot had conspired with the defendants to illegally register the deed for what was in fact public land, and then sold the land for 330 million Baht to another buyer.

As to the original land owner Supakorn Dechopanang, Prayvuth said the investigating officers had probed this issue in a separate case concerning an allegation of illegally encroaching onto public forestland and money laundering.