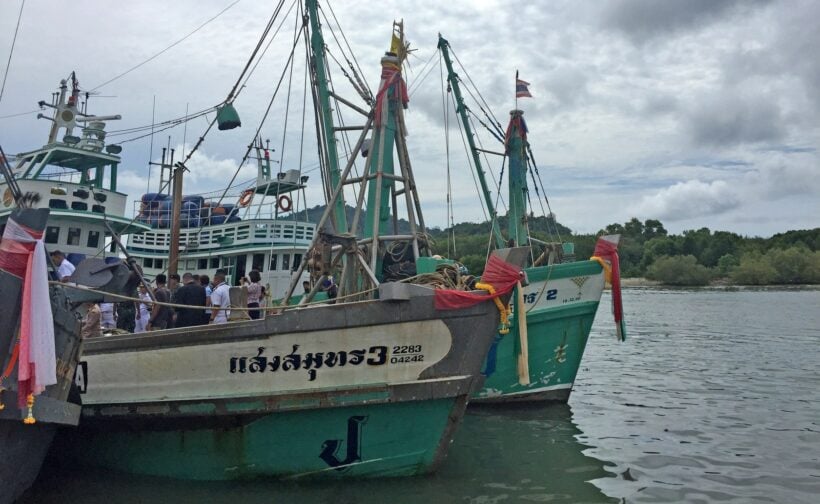 On Saturday (May 19) officials at the Phuket Fisheries Port In-Port Out Control Centre (PiPo) says, “There were 13 boat crews on Sang Samut 3 fishing boat on which Somsamai Meejom is the captain. They departed from the pier on May 11 and scheduled to return on May 22.”

“We were informed that the boat will be back early on May 18 at 10pm to transfer their catch back to land. We have not found any illegal actions.”

“The issue about the whale shark that was brought onto the boat, this action is in contravention of the Royal Ordinance on Fisheries in Section and Ministry of Agriculture and Cooperatives Announcement. Whale sharks are one of the aquatic mammals listed as near extinction, must not be fished or caught or brought onto a boat.”

(We note that whale sharks are ‘fish’, not mammals)

“On Saturday early morning officials filed a report to Phuket City officials against the Sang Samut 3 and 2, the captains and crews. These two boats, including are marine life onboard, have been seized. The case was transferred to the Chalong Police Station because the incident happened under their area of responsibility.”

“They had to balance the fishing boat while trying to release the whale shark back into the sea. If they were releasing the whale shark without holding the net, the boat could lose its balance where they were at the west of the Racha Island at about 2pm on May 18.”

Here’s the original photo – make up your own mind. 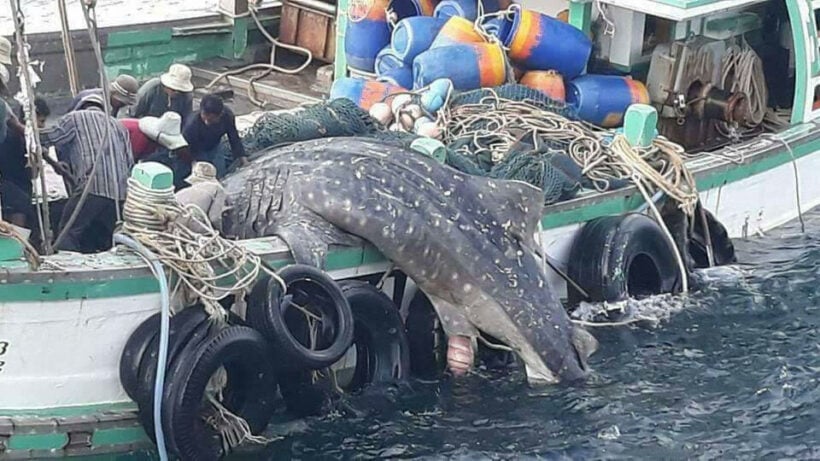 Emerald Group says it will continue with its developments