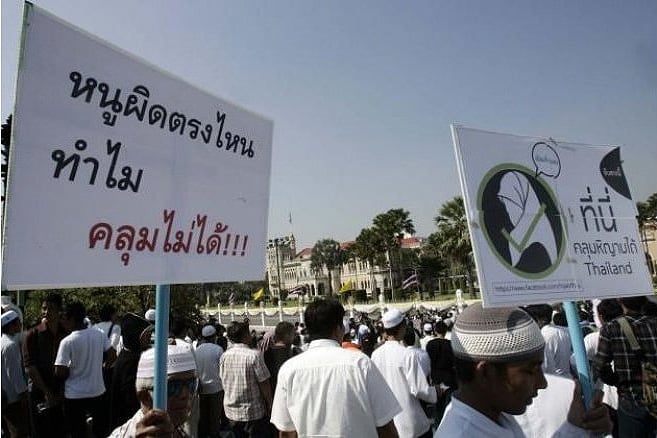 The Education Ministry has defused a dress-code row at a school in Pattani province by giving the green light for Muslim students there to wear the hijab and long trousers in line with their religious beliefs.

“It’s just that they also must respect school rules by wearing only the colours allowed by the school. For example, hijab should be in white colour or the colour of their uniform skirt,” Deputy Education Minister Lt-General Surachet Chaiwong said yesterday.

During the past week, tension was rising at the Anuban Pattani School over what Muslim students should wear. About 20 teachers went on leave amid the standoff. Although the school is located in the predominantly Muslim province, its students had never worn Islamic dress to class until last week.

Some students, backed by their parents and the Muslim for Peace Foundation, reported to the new semester wearing hijab and long trousers. The school initially expressed acceptance but later backtracked.

On May 16, the school’s director Prajak Chusri said the school would have no objection if students came to class in Muslim-style clothes. But two days later, the school’s committee convened a meeting and shot down the suggestion that Muslim students should be able to dress in accordance with religious rules.

Parents and human-rights activists, however, have refused to give up. They have vowed to take the case further to defend students’ rights. Before the row could escalate further, the secretary-general of the Office of Basic Education Commission, Boonrux Yodpheth, met with the executives of Pattani’s Primary Educational Service Area 1 Office yesterday and concluded that students at the Anuban Pattani School would be able to dress in accordance with their religious beliefs.

Normally, the school’s dress code does not include a hijab and long trousers. A source said the exclusion was very likely because the school was built on a plot of land belonging to a temple and thus had to comply with the temple’s rules.

A parent said if her daughters were not allowed to wear the hijab, she would fight further.

“This is because I know wearing a hijab does not violate the Education Ministry’s regulations or laws,” this mother said.

Another parent said the Anuban Pattani School was very good except for the dress code.

“My first child studied here and he could not wear Muslim clothes to school,” she said.

“Now, my youngest child is in its Prathom 4 class. I hope there will be some changes so that he can dress based on his religious beliefs. I have never had the courage to speak up until now, or until I met some parents who are willing to stand up and defend the rights of their children.” 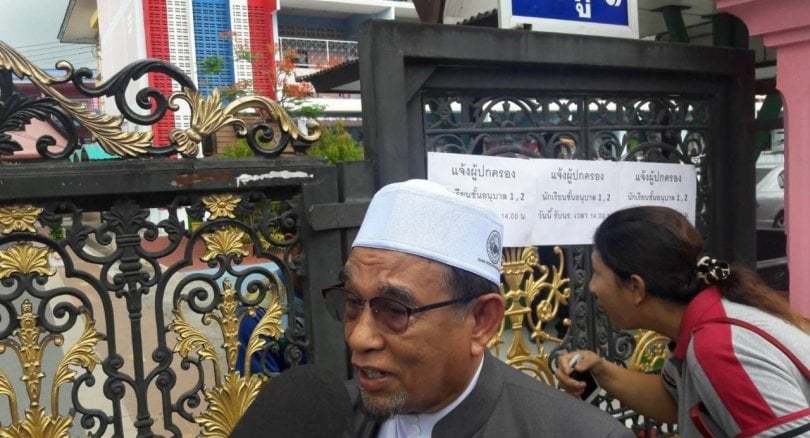 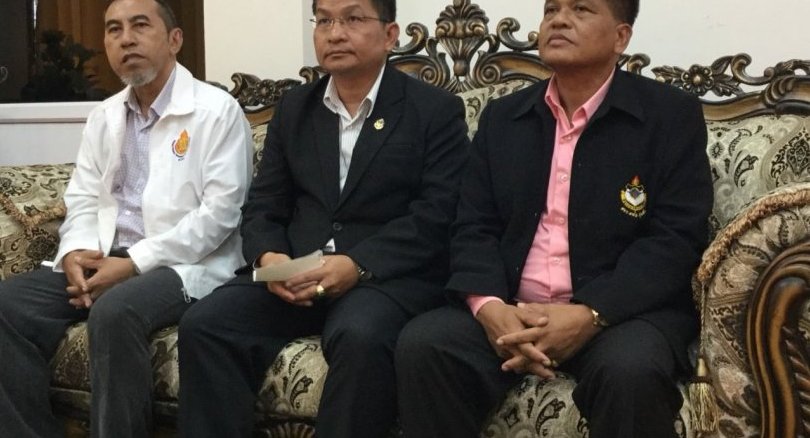 ‘It is not the whale shark’s baby’ – Fishing boat captain