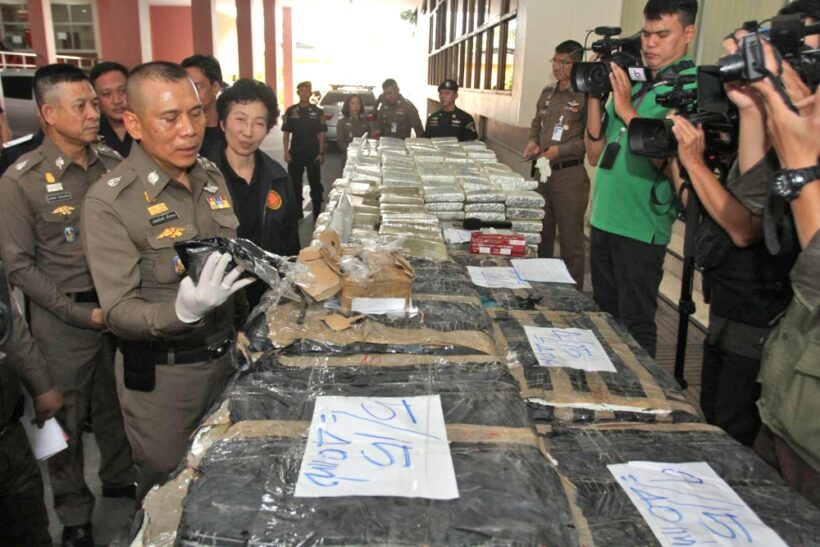 Police said four successful recent drug busts had led to the confiscation of a huge haul of narcotics, including more than 1,000 kilograms of marijuana, three kilograms of highly concentrated hashish oil, over 100,000 methamphetamine pills, some 5,300 grams of crystal methamphetamine and 850 grams of ketamine.

Some 490 kilograms of dried marijuana with a street value of 15 million baht were seized in Bung Kan province on Saturday, but the four suspected Laotian smugglers managed to flee.

Four Nakhon Phanom men aged 27-53 were arrested with 598 kilograms of dried marijuana and three kilograms of highly concentrated hashish oil at a gas station in Udon Thani province on Saturday as well.

The hashish oil is worth 500,000 baht per kilogram, as it is the most potent form of marijuana – one kilogram is extracted from 100 kilograms of fresh marijuana.

The hash oil was believed to bound for the South before being smuggled to Europe and the US, according to Sommai.

The Udon Thani bust stemmed from a previous operation in March that seized 1,380 kilograms of marijuana in Nong Khai province, he added.

A tip-off suggested that Pornchai was transporting the drugs after collecting the large batch on the orders of a drug ring, to store at his relative’s house. Pornchai allegedly confessed to have transported drugs three times before and claimed to have been paid 50,000 baht on each occasion.

Two male suspects were arrested with 5,196 gram of “ice” in a police sting operation on Thursday. The first suspect was apprehended when delivering the drugs at a shopping mall’s parking lot in Samut Prakan province and his accomplice was subsequently nabbed at a mall in Pathum Thani province. 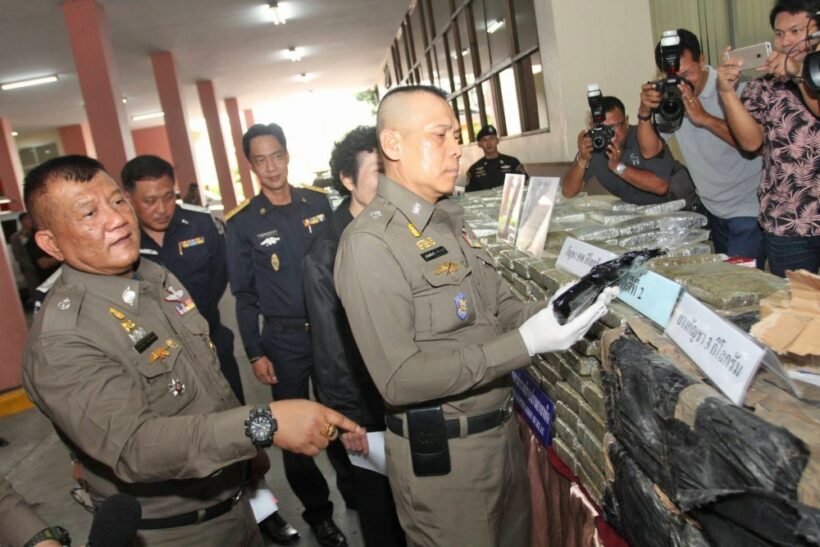