The Thai Tourism Ministry has paid out over 66,000 baht to the Norwegian shark attack victim who was attacked by a mysterious sea creature back on April 1.

NewTV is reporting that the Ministry of Tourism and Sports paid the man bitten on the leg near Hua Hin in April 66,966 baht.

54 year old Werner Danielson received the money with his Thai wife before he flew back to Norway on Sunday. However, due to a problem with his insurance running out the payment still leaves him more than 200,000 short. 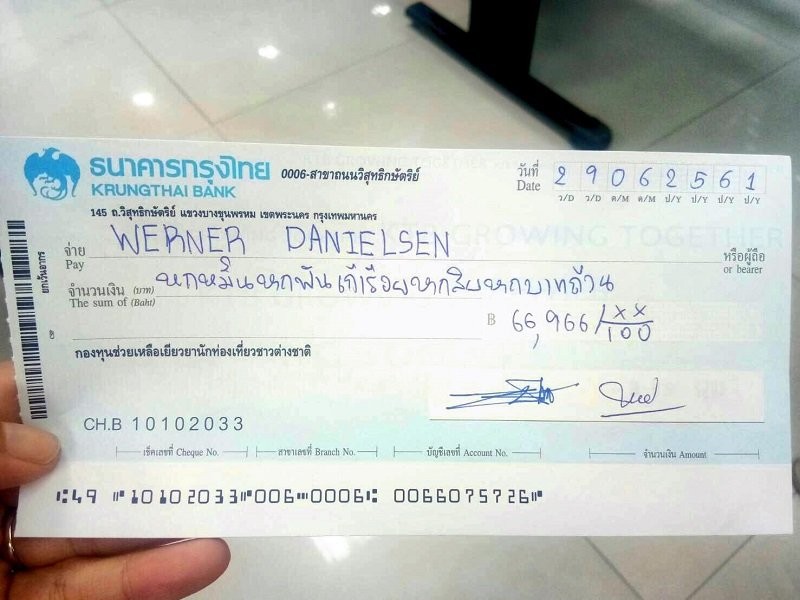 His three day stay in a Hua Hin hospital cost Werner 300,000 baht. The pay out came from a Tourism Ministry fund after consideration by a committee.

Discussions are still ongoing about finally installing that nearly three months after the tourist was bitten on the left leg on April 1.

British paedophile bragged about abuse of Thai girls, is jailed