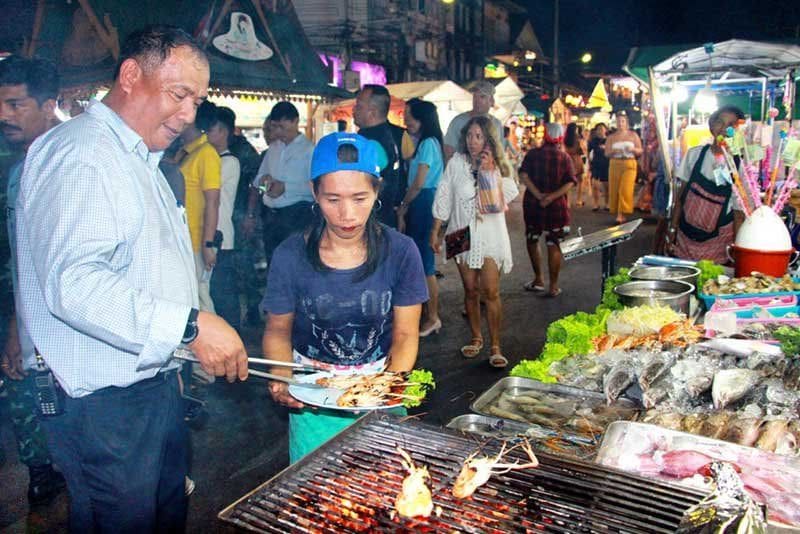 A street restaurant owner has given authorities in Hua Hin a spray complaining they are being singled out for overpriced seafood in their stores.

Talk News Online says the controversy kicked off by an award-winning writer was an ongoing drama.

SEA Write award winner Somchai Liawwarin complained on his Facebook page two months ago after he was charged 6,000 baht for a meal in the Torung Night Market in Hua Hin.

He said he was ripped off and forced to pay 1,000 baht for prawns. He claims the price was not listed on the menu. It would normally be around 200 baht, he said.

The case sparked a backlash (code for ‘raid) against traders by the local authorities. Prajuab Khirikhan commerce representative Prasopchai Phoonkert says that measures had been taken to rein in the traders and make them display prices but it was tough to get them to fall into line.

Now one of the traders known as “Ee Jiap” has gone online to blast the authorities.

In a foul-mouthed rant she said it was ridiculous that stall owners were being singled out.

“What about the lottery vendors who sell overpriced tickets and the rogue taxi drivers,” she screamed online.

“We can’t even go outside our doors before some official, police or army guy with reporters following comes crashing down on our heads.”