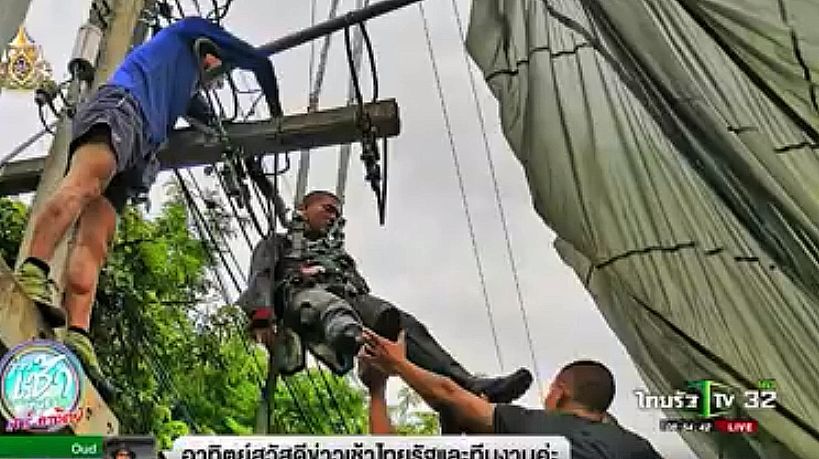 A policeman, doing parachute training in Cha-Am, remains in serious condition after a parachute jump last Friday went bad during the landing. This incident was a training exercise.

A video clip shows ten trainees at the end of their jump when a slight gust threw the man off course landing him in electric cabling. He had to be untangled and helped down from the dangerous situation.

The video clip from Thai Rath shows a flash of sparks at the end of his jump – he was one of the last to land. The man suffered injuries to his torso and was transferred to the local Police Hospital for treatment. The young policeman is said to be in a stable condition