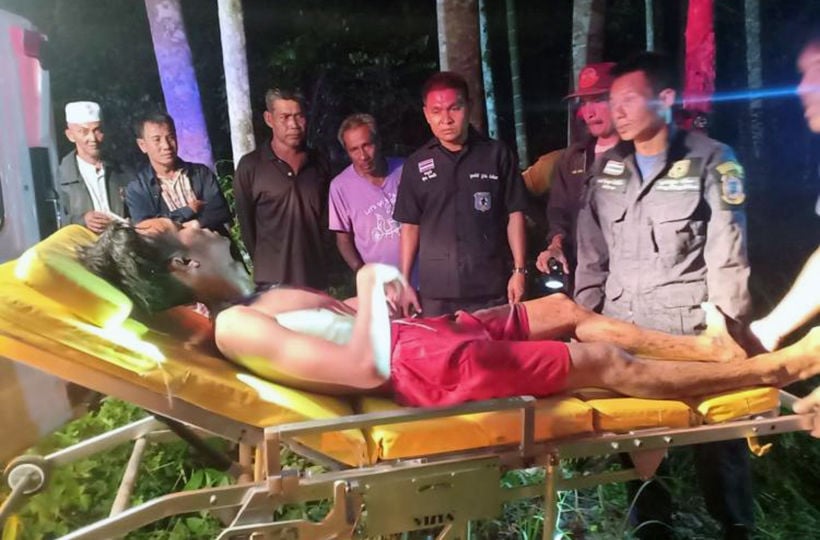 A 20 year old Thai has been rescued from getting stuck in a rock crevice for nine hours. Sanook reported that the man was out looking for wild orchids with a friend on Saturday. He fell down into a rock crevice before being found and rescued by local foundation rescue volunteers.

The incident happened at the Phu Pa Phet Cave in Tambon Palm Pattana in Satun. He ended up stuck in the crevice for nine hours before before being hauled out.

20 year old Natthanon split up from his friend before falling down the rocks and getting wedged in the crevice.

20 volunteers from the Rom Sai foundation arrived but it took them two hours to get him free, carry him to safety and send him to hospital. They managed to lubricate the area around him with oil so that he could be pulled out. 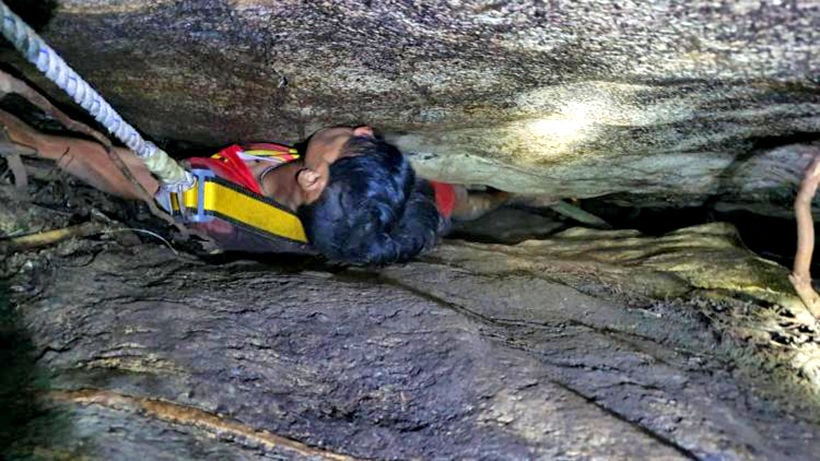