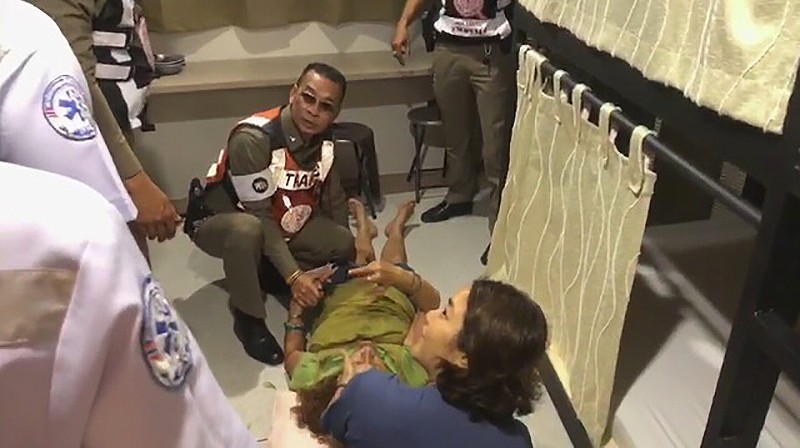 Manager Online is reporting that police in Phetchaburi managed to get a 61 year old French woman to safety after she went to the top floor of a guest house and threatened to jump.

Rescuers managed to get to her, grab her and then assist the woman down the stairs to a waiting ambulance.

The woman was identified as Djeraibi Moraine, a French citizen.

Manager reports that she was wailing uncontrollably and visibly distressed during her journey to the hospital.

A manager of the guest house in Soi Bandai It in Ban Mor sub-district said that the tourist had checked in alone at the end of June.

There was no indication of trouble until she went up to the guest house’s rooftop garden yesterday and threatened to throw herself off. Unable to help the situation the owner called the police. Police found medication for a thyroid condition in the tourist’s first floor room. 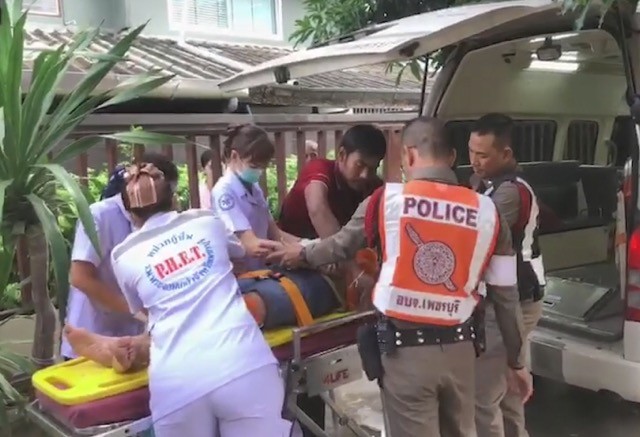 The Samaritans are available around the clock for people who want to talk. If you or anyone you know is in need of mental health services, please contact the Samaritans of Thailand at their 24-hour hotline 02 713 6791 (English), 02 713 6793 (Thai) or Thai Mental Health Hotline at 1323 (Thai).