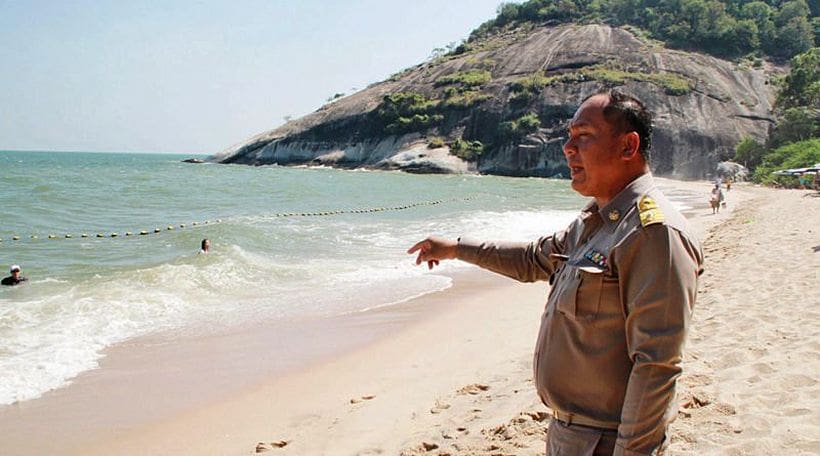 Talknewsonline is reporting that the shark net installed along Sai Noi Beach in Hua Hin has come loose for the second time and floated ashore.

The net was installed back in September after a Norwegian tourist Werner Danielsen was bitten by an alleged shark while swimming at the beach last April.

Official visited the beach yesterday after a local hotel manager called to say the net had come loose from its anchoring buoys in heavy seas. Officials confirmed that it was the second time the net had become detached but that it would be fixed by next week.

The net was installed at a cost of 400,000 baht after much debate following the attack by what was thought to be a bull shark. Mr Danielsen, who has a Thai wife and visits Thailand each year, needed expensive treatment in two hospitals and racked up bills of a reported 300,000 baht during his recovery.