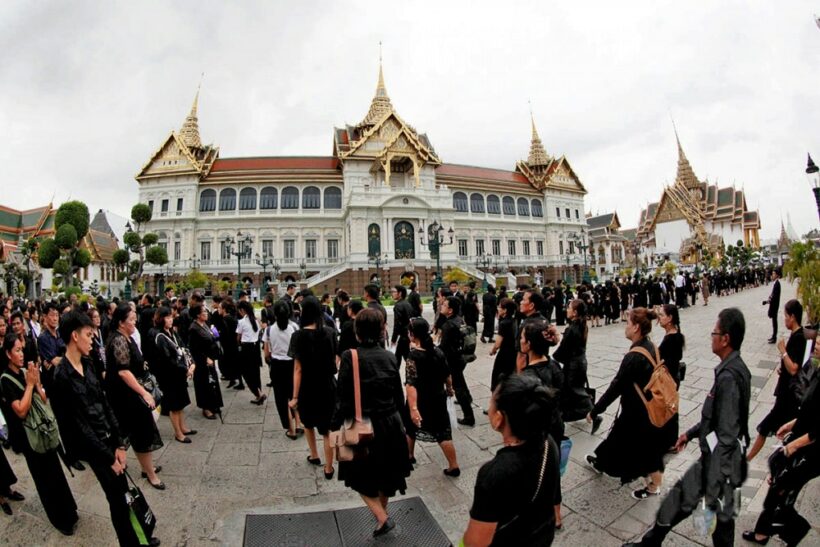 His Majesty the King has ordered an extension of the final day Thais can pay their last respects to His Majesty the late King Bhumibol Adulyadej in the Grand Palace from this Saturday to next Thursday, October 5.

The Royal Household Bureau had initially set this Saturday as the last day people could pay their respects before the late King’s Royal Urn to make way for preparations for the Royal Funeral and Cremation at the end of October.

However, HM King Maha Vajiralongkorn has ordered postponement of the deadline to midnight on October 5 as the crowds in recent days had been overwhelming as people rush to pay their respects.