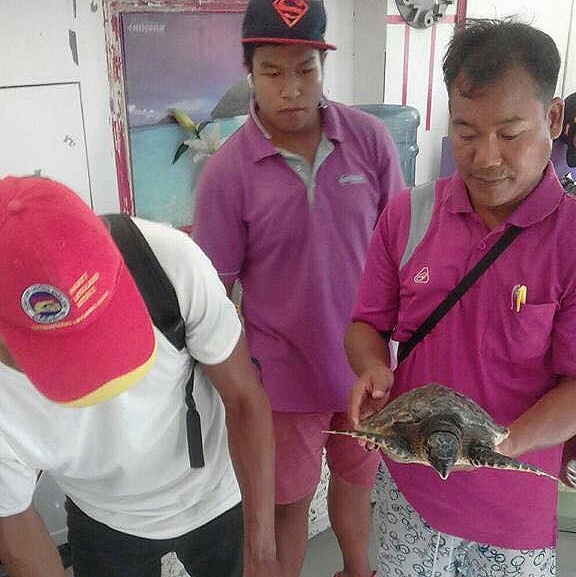 The crew from the Nikorn Marine 824 speed boat have saved two Hawksbill Sea Turtles near Racha Island yesterday (September 5). They were both injured from trawler nets.

The turtles were found on the way from Racha Island back to Chalong Pier.

After a veterinarian’s inspection, the turtles were found to be injured from the netting wrapped around their flippers. One of turtles has a deep wound all the way to its muscles.

The two turtles are about 5 years old and are about 2 feet and 1 foot long and were both exhausted.

“The bigger one is seriously injured. It has a deep big wound on the front left leg. Another one also has wound from the trawl but it hasn’t been clear exactly where,” said Kanchit Klingklib from Healthy Reef’s Club. 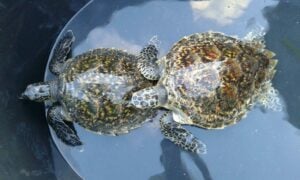