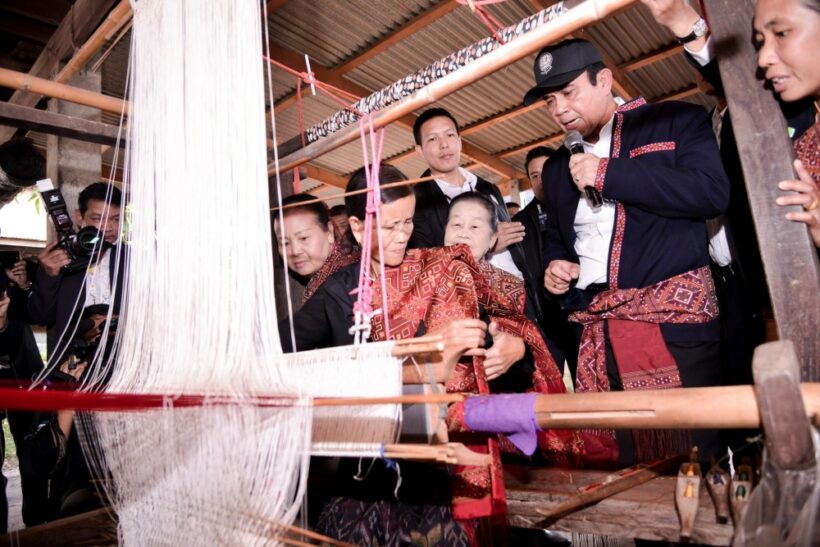 The government’s most senior figures – the prime minister and his first deputy – have sent conflicting signals as to when the next general election will be held.

PM Prayut Chan-o-cha said during his trip to India yesterday that he acknowledged the possibility of an election delay following the passage of the revised MPs election bill. But he said the matter is not yet finalised and his government would stick to the road map to the coming election.

“It’s still not finalised if the election will be postponed or not [from the tentative schedule]. I don’t know what will happen. This matter is about the legal mechanism,” the PM said.

Prayut said the situation was created by the National Legislative Assembly (NLA), which passed the law, and he could not over-ride its authority. However, his government has a road map and is following what has been announced, Prayut said, without elaborating on specifics.

Deputy PM General Prawit Wongsuwan said yesterday that an election would definitely be held and added that there would be no further delay. He held out the possibility of the junta lifting the ban on political activities if the situation was calm and procedures were followed.

“It’s good [that the NLA has passed the bill] because people keep asking when the election will be held,” Prawit said.The NLA late on Thursday passed the MPs election bill with a clause that delays it coming into effect for 90 days after its promulgation.The lawmakers voted 213 to zero with four abstentions, after almost 14 hours of deliberations.

As a result, the next election, tentatively scheduled for November this year, could now be delayed until February next year. Prawit yesterday declined to comment on a remark that the passage of the bill would result in the road map being delayed, saying the NLA had decided on the matter and so no further questions were needed.

Prawit also said there was no need to explain the move to the international community, which has repeatedly shared its concerns over Thailand being governed by a junta-backed government since 2014. 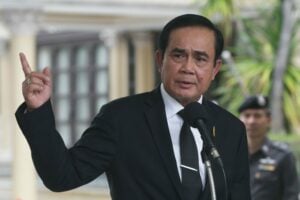 The international community wishes to see the election held, and it will be, said Prawit. It has just been delayed for three months, he said. It is clear that no further delay would take place, and the current delay still follows what was permitted under the charter. The deputy PM said he could see no reason to impact the election timing. If the situation is calm and procedures are followed, the junta would consider lifting the political ban, he added.

Prawit also rejected the notion that the junta had pressured the NLA to delay the election. The bill originated with and was passed by the NLA, which considered the amendment well into the night, he said.

Following the passage of the MPs election law, Prayut said yesterday he was ready to abide by it as well follow other legal procedures. This, he said, did not mean he was sending a signal to anyone. Prayut vowed to perform his duty to the best of his abilities and any changes would follow procedures as required by law. He also urged that other people, as well as politicians, do their part to the best of their ability.

The PM said everyone wants to have the election, but he asked whether the country would find itself back in the same situation. To make the country stable, the premier urged people to think things through, look at every aspect, and come up with measures to deal with it. This is Thailand, he said, and people who are in the same democratic circle are all Thais.

The junta chief said if the election was delayed, nothing much would change as the government would follow its road map and the required procedures. The government has been pursuing three key steps, he said – fixing immediate problems, preparing the constitution and related laws, and preparing for reforms. 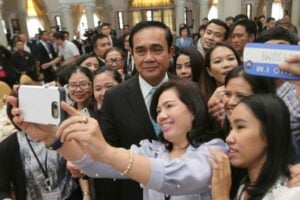 The premier concluded that the delay was not final at this point, but acknowledged that it could be when the law was passed. Meanwhile, some observers believed a 90-day delay in the election would not have any major adverse impact.Deunden Nikomborirak, research director for economic governance at the Thailand Development Research Institute (TDRI), said that in her view a three-month delay in the election was “acceptable to society. But any further delay could lead to uncertainties and raise questions whether there would actually be an election at all,” she added.

Chalat Chinthammit, assistant vice president of Khon Kaen Sugar Industry Plc, said yesterday that he did not think an election delay would affect Thailand’s credibility in the eyes of foreign investors if the government had a clear timeline and reason.Meanwhile, veteran politician Somsak Prisanananthakul, from the Chart Thai Pattana Party, said the NLA decision to stay the enforcement of the MPs election law for 90 days would adversely affect Prayut’s credibility although the PM denied interferring with the work of the legislature.

“However, I am still convinced by the prime minister’s words that there will be an election by November this year,” he added.

Dugong found dead on a beach in Rassada