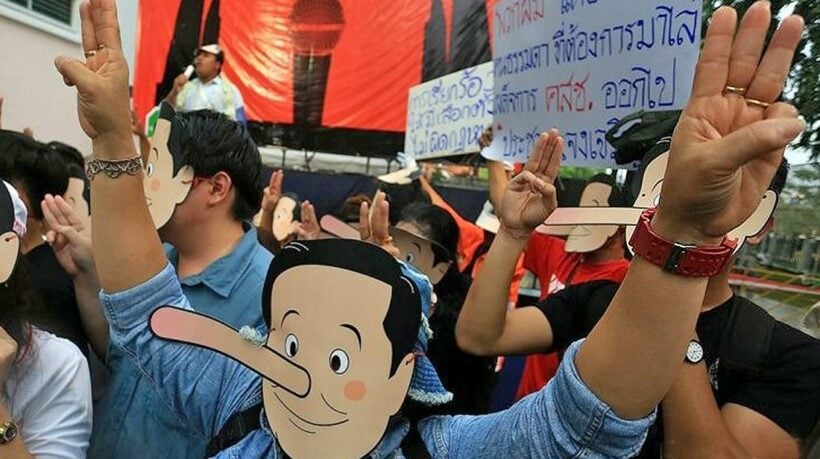 Thai PM General Prayut Chan-o-cha said he will call a meeting of relevant parties to discuss and decide an appropriate and acceptable date for the next general election.

The public in recent weeks has witnessed a series of delays in the passing and enforcing of laws and other legal manoeuvres that have raised doubts over the timing of the next election. Prayut, however, insists that his government and the NCPO had never interfered with or given instructions to legislators to vote down any bill which could thereby result in postponement of the election.

Meanwhile more protests yesterday lampooned the Prayut government…. One protester portrayed a tank obstructing an election, another featured a man with several watches waiting impatiently for an election. Some protesters wore a masks of the PM’s with a long nose like Pinocchio’s.

The pro-election activists are vowing to hold a major rally on March 10 to protest against the military government and to demand the restoration of democracy.

The group is urging members of the public as well as politicians to join their protest on March 10.

The group says it will use the three-finger salute as their symbol to represent their three objectives: to call for election this year; to throw out dictatorship and to restore democracy.

Veteran protest leader Weng Tojirakarn said the situation had not yet reached a “boiling point”, enough for the general public to take to the streets. The current movement, led by the younger generation and intellectuals, also faced a challenge on how to connect with the people, he said. 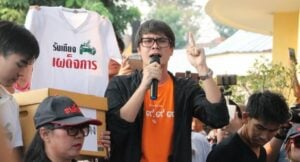 Better driving license procedures for foreigners on the way