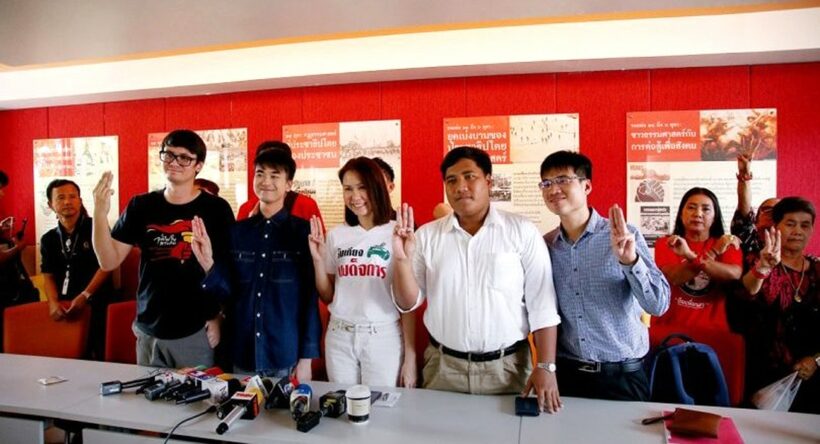 We should put the current protests in Bangkok into perspective.

Firstly, they’re very localised, both in geographics and demographics. The protesters, apart from a few hard core ’professional protesters’ who seem to appear at any march or placard-waving event, are mostly students. More, mostly students from Thammasat University. That shouldn’t dilute the importance of their message but the protests have been well-covered by the Thai and Farang media, probably giving them more significance than they truly deserve. Photographs have been framed to make the protests appear more popular than they are.

Secondly, the Government has made it clear that they will take a softly-softly approach to the current student rumblings. In private some local Phuket politicians I’ve spoken to have said they encourage students to have a voice and think for themselves, although they also currently support the work of the NCPO.

The current outbursts are demanding that Prime Minister Prayut hold an election this November, as promised, rid the country of the ‘dictatorship’ and restore democracy.

Their three demands, and the people making them, are very different from past protests in Bangkok. These protests are aimed fairly and squarely at principle, not at specific politicians or their policies (even though PM Prayut and his embattled sidekick, Prawit Wongsuwan – of luxury watch and submarine fame – are the focus of their lampooning). The protests are motivated by demands for democratic elections, not to topple a personality-driven political party or a particular family (did anyone say ’Shinawatra’?).

Is the country politically stable? Yes, more than most.

Is the economy running well? Yes.

Are the tourists still coming? Yes.

Will the elections happen? Yes, but probably not this November.

For most Thais the first three questions are the most important and, as long as their businesses are doing OK, they’ll be satisfied with a benign military dictatorship in the meantime. They have more important things to worry about on a daily basis, for now.

Prayut, who many Thais affectionately call ‘Uncle’, appears genuine in his intentions and actions over corruption, finding more common ground between the Bangkokians and the rural north and north-east (yellow and red shirts), planning for long-term infrastructure and maintaining good relations with regional neighbours. The protesters, with their worthy demands for democratic elections, have to look afar for successful democracies. Indonesia and Japan would be regional stand-outs for reasonably successful democracies – they’re thin on the ground with all Thailand’s neighbours being alternate political systems or thinly-veiled dictatorships or dynasties.

PM Prayut is acutely aware of past poor handling of well-intentioned protests being closed down with heavy-handed, sometimes fatal, consequences by Thai governments and government-sanctioned soldiers. They will avoid revisiting these historic atrocities which are still a raw memory for many Thais.

So whilst its vital for the media to cover the protests and give a voice to their demands we should recognise we are a very long way indeed from the street protests of 2014 that ended up toppling the Yingluck Shinawatra Government. 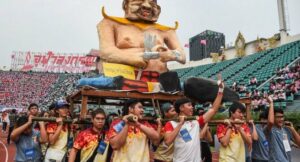 From Thaksin to Thanathorn – 20 years of political soap opera