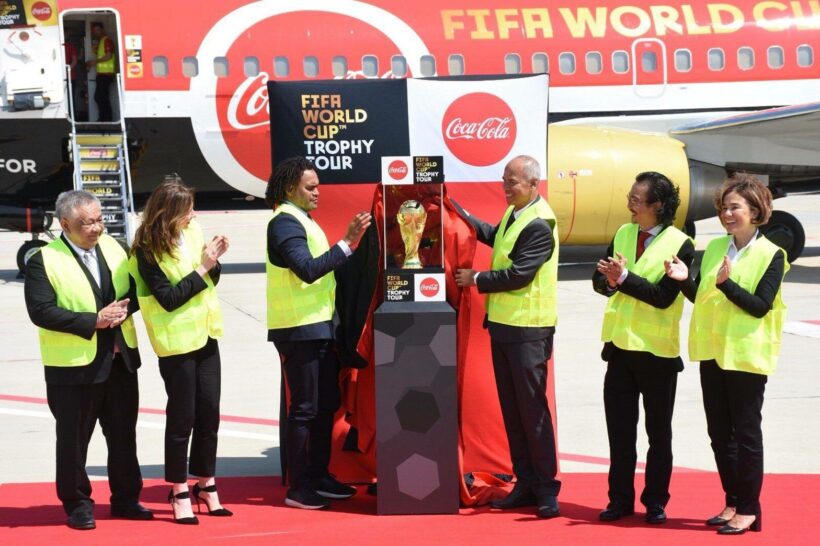 The FIFA World Cup has already arrived in Phuket for an exhibition. The exhibition is arranged under the auspices of the ‘FIFA World Cup Trophy Tour 2018 by Coca-Cola’ which takes place today (January 27) at Central Festival Phuket.

Phuket fans will be meeting with the legend of FIFA Christian Karembeu, former player of French National Team in the World Cup 1998.

The world-famous football player and the cup arrived at Phuket International Airport yesterday (January 26) morning and in the afternoon Phuket’s Governor chaired the welcoming ceremony at Novotel Phokeetra in Phuket Town.

The world tour is expected to travel to 51 countries in 6 continents over a total distance of 126,000 kilometres during 9 months. It started in Russia, which is the host of this year’s World Cup, on September 9 last year and will return back to Russia on June 7 this year.

After Thailand, the FIFA Cup will have an exhibition in Loas and Macao. 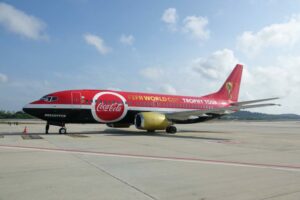 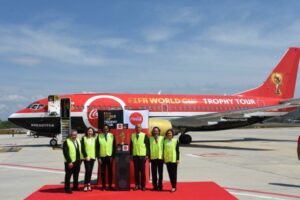 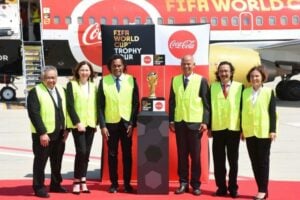