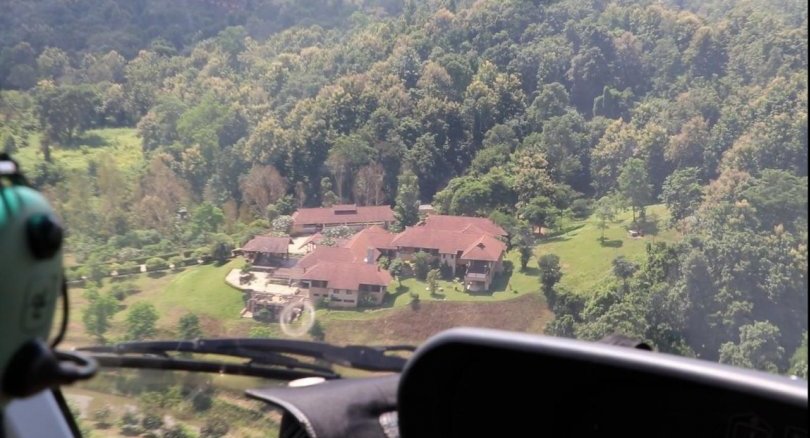 The so-called “Hi Society Hill” is inspected by the Phayak Prai taskforce team of the Royal Forestry Department.
Troops and police have conducted raids on a hostel on Koh Pha Ngan, the resort island just north of Koh Samui, and arrested its manager for operating without a proper licence.
Troops and police checked hostels on the island following complaints that unlicensed premises have been offering cheap accommodation, affecting the businesses of licensed hotels and resorts.
Meanwhile, a team of officials have been examining 18 resorts in Chiang Mai to find out if they have encroached on forest reserves.
Officials say the team found 18 resorts and other constructions suspected to have encroached on Mae Tha Chang and Mae Khanin forest reserves. If found to have encroached on public land the resorts will be demolished at the operator’s expense. 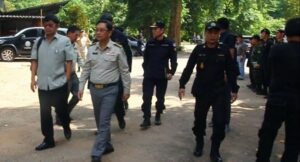 Alleged US pedo arrested in Samui