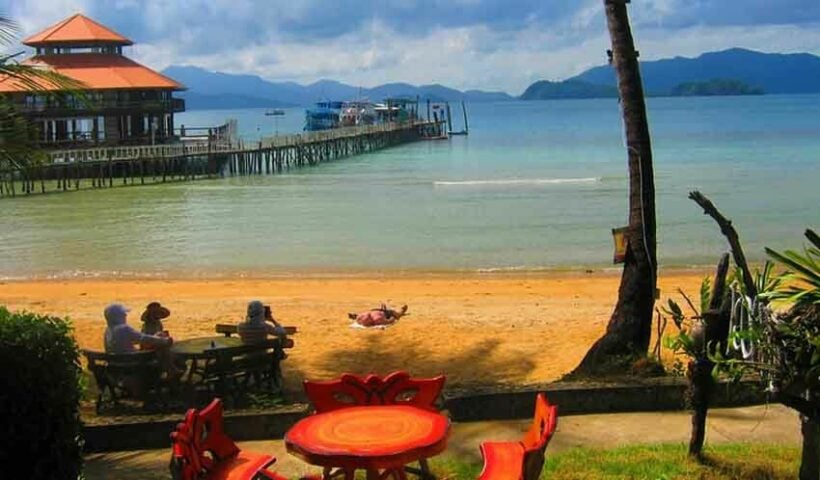 Officials in eastern Thailand are investigating a Facebook post in which a woman allegedly attempted to sell 298 rai of national parkland. According to a Bangkok Post report, the land is located on Koh Wai, part of the Mu Koh Chang Marine National Park, in the eastern province of Trat. Damras Phoprasit from the Department of National Parks, Wildlife and Plant Conservation says officials were alerted to a Facebook post advertising the huge piece of land for sale for 350 million baht.

“The department has checked the total amount of land on Koh Wai island, and we found it is impossible for anyone to own 298 rai plots in the national park. We now know the identity of the person who posted this and we will launch an investigation.”

The island is around 932 rai in total and was declared part of the Koh Chang marine park in 1982. At the time, 3 local fishermen were awarded small sections of land as they had lived on the island for decades before it attained national marine park status. However, Damras says that the vast majority of the island is still state land.

“We will investigate this and take legal action against anyone who is found to have encroached on park land.”

It’s understood the land was advertised for sale by a woman named as Minky Arisara. In a Facebook post, she colourfully described the island as, “the Maldives of the east,” adding that her family owned 298 rai of it. The Bangkok Post reports that some time later, she edited her post, apologising for having provided in accurate information.

“We only have a small piece of land on this island which we use to make a living. I am so sorry I did not check the information – I did not think anyone would be interested.”

Meanwhile, a source familiar with the island says there are 2 resorts on Koh Wai currently trying to sell their land, adding that the properties are not breaking the law as they can show they hold the title deeds. It’s understood they bought their land from villagers on the island around 30 years ago, prior to it becoming a national park.

Pedigree cats seized in drugs raid will be auctioned off