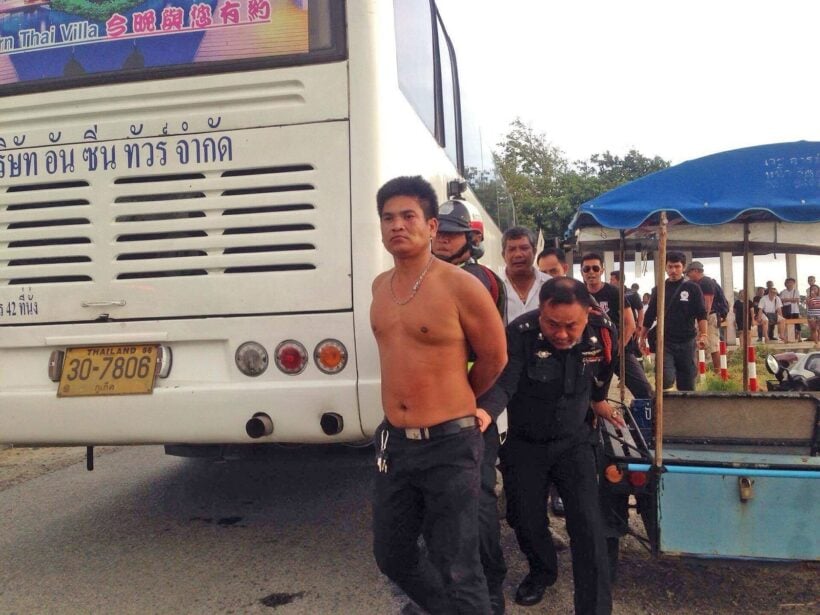 Late yesterday afternoon (October 27), a bus driver from a tour company, 35 year old Suthon Klasamuth, went ‘crazy’ after allegedly taking methamphetamine and tried to harm tourists and others gathered around the windmill viewpoint in Rawai overlooking Nai Harn Beach and the Andaman Sea.

After being contacted, Rawai Municipality officers did their best to try and calm him down. The man had a piece of wood in his hand as a weapon and was throwing rocks at cats and motorbikes when he got frightened by a group of people and officers trying to calm him and prevent him from doing any more harm to himself or the people around.

He was trying to grab a knife from the bus when the group of officers tried to seize him. His blood test came out positive for methamphetamine. 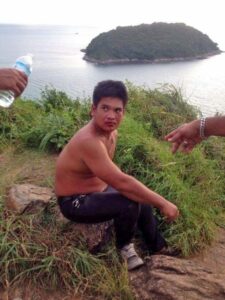 Lady in black. And red.

Storm forming over South China Sea and heading our way