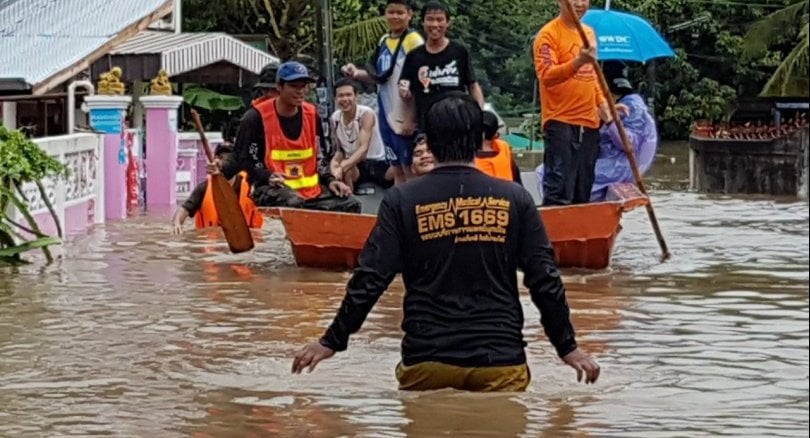 Tropical storm Doksuri has weakened into a depression and unleashed heavy downpours in several North-eastern and Northern provinces on Friday night, resulting in floods in many provinces yesterday morning.

Other provinces were making preparations yesterday in expectation of more rain.

The Thai Meteorological Depart-ment reported that Doksuri was downgraded from a typhoon to a tropical storm when it swept through Vietnam on Friday. It reached Vien-tiane in Laos early yesterday and was downgraded to a depression when it reached Nan at 10am yesterday.

Chaiyaphum, Loei, Phitchit, Phitsanulok, Nakhon Phanom and Kalasin were among provinces hit by heavy rains because of the influence of Doksuri.

Heavy overnight downpours triggered by Doksuri caused the run-off from the Phu Lanka mountains in Tad Tone Waterfall National Park. The deluge hit three villages in Tambon Nafai of Chaiyaphum’s Muang district in the morning. In Moo 3 village, over 100 houses were inundated.

The Thai Canal – cutting through the project’s hype