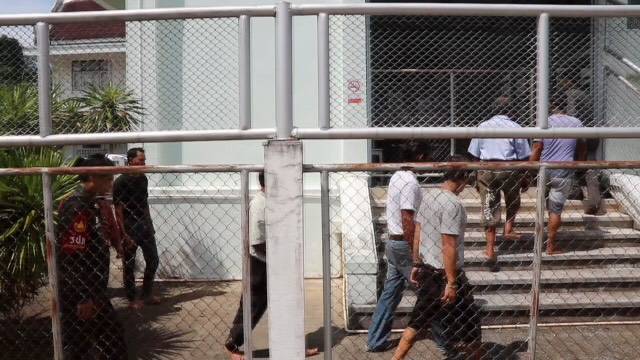 Two more men have been arrested yesterday (September 16) after Phang Nga Provincial Court issued 3 additional arrest warrants after 8 of them were issued earlier over the Phang Nga rape case. The village has also been found to play an important part in transporting various drugs to Phuket, according to police.

Phang Nga police, led by Pol Maj Gen Boontawee Toraksa, the Phang Nga Police Commander, arrested 2 suspects including 23 year old Rangsan Chailiang and 43 year old Sayan Sumane, while 53 year old Navig Jareug has contacted the police and will surrender by himself on Monday (September 18). There are 11 arrest warrants in total so far.

The two arrested most recently are denying the alleged crime. The two suspects were also tested positive for drugs following a urine test. However, police have sent the urine samples for analysis to confirm the drugs used.

For the drugs and equipment found in the village, police have already gathered some names of people involved. Police are now investigating for more evidence.

Earlier, police arrested and charged people over a case where the village was found to be involved withe the transportation of drugs to avoid Thachatchai Checkpoint.

There is also a report that some Koh Raed villagers tried to reach the protected family of the 15 year old alleged rape victim by claiming to be companies or government officials but failed as they are under witness protection at the safe house.