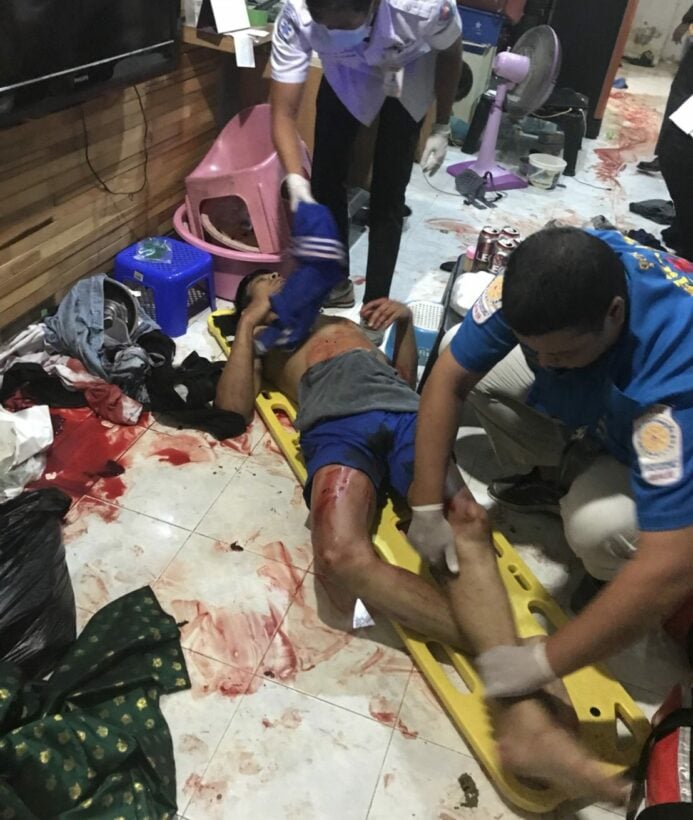 A family of three has been shot late last night (April 9) resulting in injuries after their neighbour got angry over their dog barking loudly.

At about 11.30 pm last night, Wichit Police received a report about the shooting at Tinnawut Village, off Chao Fah West Road. Police and rescue teams found a lot of blood at the scene from inside the house to the outdoor areas around the house with 6 spent cartridges on the floor.

After an investigation, police have been told that the three were eating in the house at about 10.30 pm and the neighbour, Panpakorn Suwannarit, walked in the house demanding that ‘the dog must stop barking’, then left.

According to police, while Thanawat was trying to make the dog stop barking by locking it in a room, Panpakorn walked back inside the house with a gun and started shooting at the mother, Urarat.

Thanawat tried to stop the neighbor and ended up being shot as well. His father shouted ‘don’t shoot’ and ended up on the receiving end of several shots. Thanawat’s father sustained the worst injuries of the three.

Panpakorn fled with the gun before Thanawat crawled outside calling for help but couldn’t find anyone so he called the police.