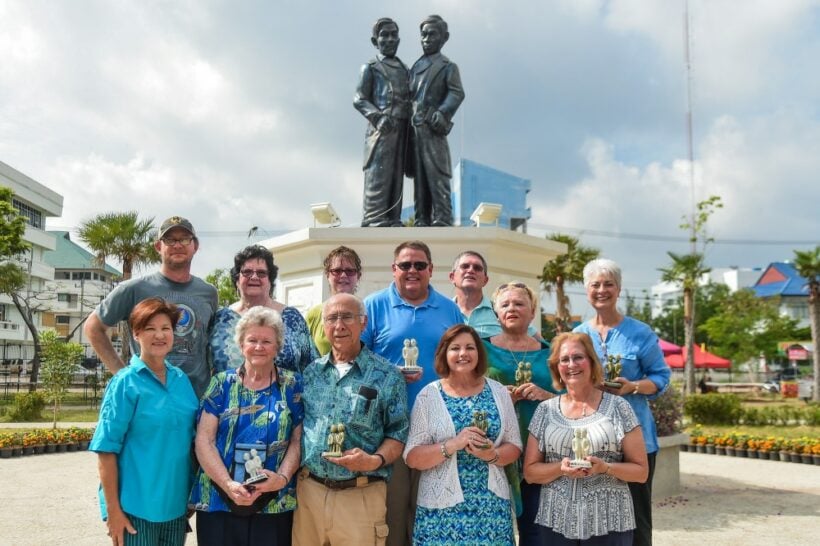 If “Siamese twins” Chang and Eng Bunker, Thailand’s most famous twin entertainers, were alive today, they would no doubt be impressed to see their descendants making their first official visit to the Kingdom to celebrate their 207th birthday on Friday in Samut Songkhram province, the birthplace of the twins.

“This [birthday celebration] is so meaningful. They are here in my heart, so they are home, “ Robin Craver, Eng’s great-great-granddaughter, told The Nation with tears in her eye, while her left hand touched her heart. “It’s beyond our expectation and so exciting to [hold the reunion] here in front of the twins’ statue,” added Alex Sink, the great-granddaughter of Chang.

Craver and Sink are among a dozen of the twins’ third-generation to fifth-generation descendants who joined the celebration at the Chang Eng Memorial in Samut Songkhram.

Although descendants of both brothers continued to hold joint reunions every last Saturday of May in the US, this year’s celebration was special to them. Clearly emotional, their descendants joined in Buddhist rites, placing an Inchan plant, or Gold Apple, in front of a statue of the twins. The gathering is being organised jointly with the Foreign Ministry as part of the 185th anniversary of Thai-US relations.

The twins were born on May 11, 1811 in the reign of King Rama II to a Thai-Chinese family in Samut Songkhram. The brothers were joined at the sternum by a small piece of cartilage and though their livers were fused, they were independently complete.

As the twins were unique, King Rama II assigned them to a Siamese diplomatic trip to Indochina in 1827. Two years later, Robert Hunter, a Scottish merchant who lived in Bangkok, took them on a world tour and they later became world famous entertainers and businessmen. Settling in Mount Airy in North Carolina, Chang and Eng married two American sisters and fathered 21 children. 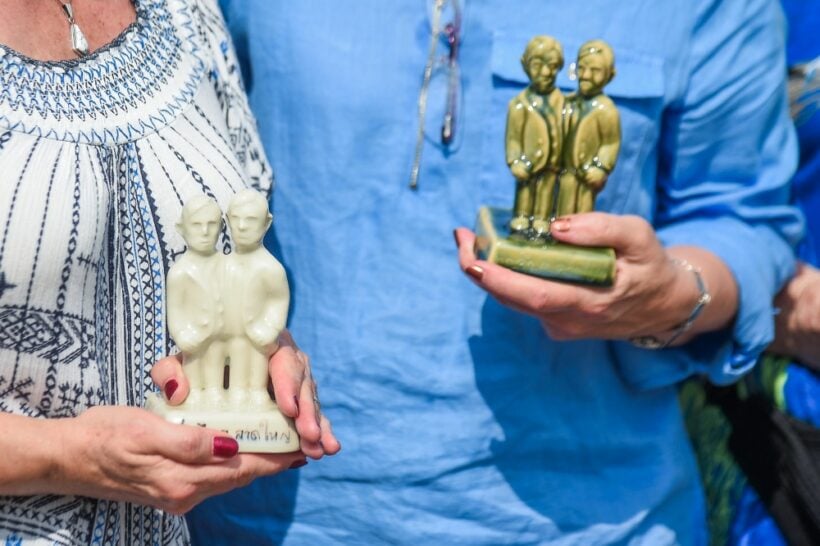 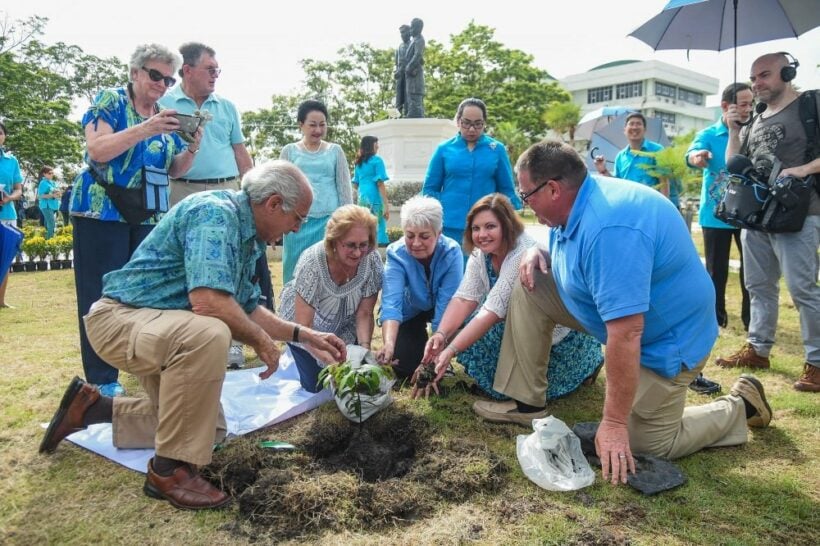 They have more than 1,500 descendants, who continue to reside in the vicinity of Mount Airy where the twins lived and worked for over 30 years before they died on January 17, 1874 at the age of 63. Their amazing life has been portrayed in novels, musicals and movies. Responding to an invitation by Thailand’s Foreign Ministry, the presence of the descendants of Chang and Eng is a significant symbol of the longstanding cordial and close relations between this country and the United States at the level of people-to-people.

“The Siamese twins Chang and Eng travelled to the US even before the establishment of our relations. They are the first known Thais who set foot in the US. Moreover, they realised the ‘American Dream”. They were not only very successful in business, they also were the first Siamese to connect people between the two countries,” said Sarun Charoensuwan, director general of the American and South Pacific Affairs Department. Co-hosted by the province, the event kicked off the “Return of Siamese Twins Chang and Eng Festival” aimed at promoting tourism in the city and an exchange between Samut Songkhram and Mount Airy in North Carolina.

“Now 100,000 tourists visit the city weekly. We’re expecting to increase that by another 10,000-20,000 tourists. We also hope to spark cultural exchanges too,” Kanchantra told reporters. During the cultural trip, the descendants visited the studio of respected sculptor Sa-ngad Jaiprom, who created their statue in 1994.

The sculptor gave them a small sculpture of Chang and Eng made from homemade plaster and painted with gold. “Our family would love to erect a similar bronze statue designed by an American sculptor in our city Mount Airy,” Sink said.

“We are working on joining the two cities as ‘Sister Cities’ in order to boost exchange between the two countries.”

The family was impressed by his studio display of drawings of the twins. Craver compared portraits of her mother on her mobile phone to Eng, her great-great grandfather.

“I feel a strong connection. I admire them more because of the journey that we took together to get here. The twins were able to get to the United States and be very successful. I’m so proud to be a part-Thai descendant,” Craver said.

“We hope to stage the famous ‘Chang Eng – The Music’ directed by Thai director Ekachai Uekrongtham, in the US. Now we are making small sculptures of the twins to raise funds,” said Worrell.

“It’s a dream come true. We will share our overwhelming moments and wonderful experiences with our descendants,” he concluded.