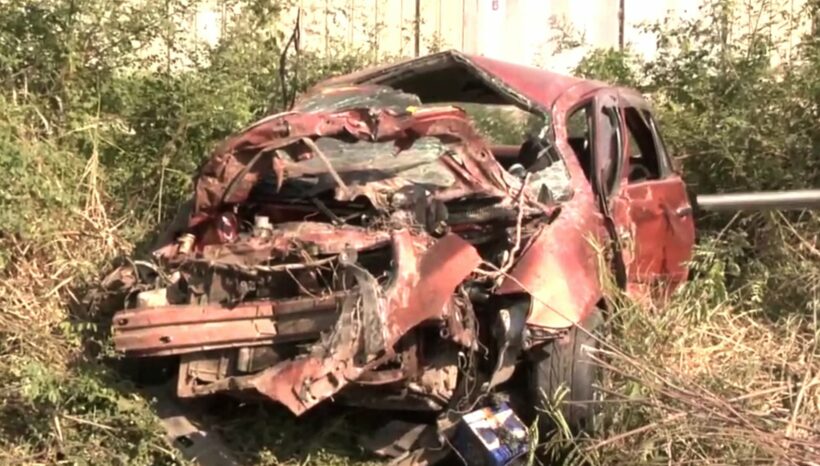 Four days into the 2018 Songkran reporting period and the country has witnessed a horrific 248 deaths with 2,557 injured.

57 people died and 626 were injured in 603 accidents on April 14 (Saturday) alone. The statistics are from the Centre for the Protection and Reduction of Road Accidents.

Dr Opas Karnkawinpong, deputy permanent secretary of public health in his capacity as the chairman of the centre, says that drink driving accounted for nearly 44 percent of the road accidents which was the highest, followed by speeding at 26 percent.

31 percent of the road accidents occurred between 4-8pm and adults aged over 50 accounted for the highest number of casualties as a demographic at 22 percent.

Altogether 65,491 officials of different units were mobilised on main and secondary roads across the country to check vehicles. For the past four days, they have checked 858,520 cars and motorcycles and, of these, 181,692 people were arrested and charged, including 50,603 cases of not wearing crash helmets and 48,061 cases of driving or riding without driver’s licenses.

Dr Opas pointed out that from road accidents on April 13-14, it was discovered that secondary roads and roads linking one district with another claimed the highest number of accidents as people engaged in water splashing and several of them drank alcohol.

Most of the accidents involving motorcycles were caused by speeding and drink driving, he said, adding that he had instructed officials concerned to tighten up measures against drink driving and riding without crash helmets.

Interior deputy permanent secretary Mr Supachai Iamsuwan said several Songkran revelers have started to return to Bangkok today with many more expected to return tomorrow. He added that instructed officials to adjust their road checkpoints to check on vehicles heading back to Bangkok.

Phuket reports its first fatality for the Songkran break