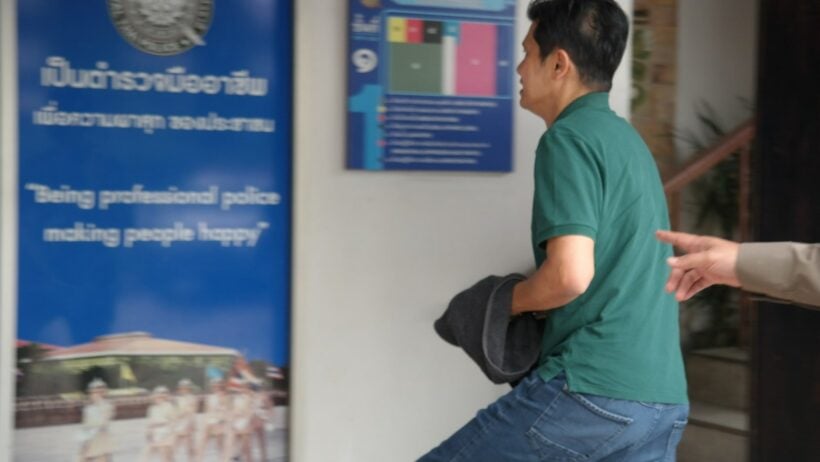 The owner of a condominium project development company has been arrested after the condos were sold but the construction had never started. Police say that their current investigation estimates potential losses for buyers could exceed a billion baht.

Police commanders have ordered officers to investigate after Patong Police reported that many victims have filed reports. Police have arrested Sawit ‘Mai’ Ketroj, the owner of the ‘The Emerald Nirvana Patong-Kalim’. The suspect was being questioned at Patong Police Station today (May 2).

Tourist Police Deputy Commander Maj Gen Surachet Hakpan says, “After the investigation, we requested an arrest warrant from the Phuket Provincial Court for Sawit Ketroj. He was arrested at the Phuket International Airport. He is to face charges in relation to fraud.

“The suspect admitted that he has a lack of financial resources and that the construction can’t commence. There are many other projects that might be in the same situation (with people paying deposits but the construction never commencing). There are more than 300 victims, most of them are foreigners. Embassies have been informed to warn their citizens about the situation. The cost of damages from this case is now estimated at a billion baht.”

“The suspect defrauded victims by asking them to pay deposits and instalments totalling 2,857,551 baht. At the end of February 2016, which was the day to transfer ownership, victims found that there had been no construction.

The project owner never paid back any money. Despite this there are still many advertisements for this condominium, and other projects, via websites and other types of advertisements.”

Read our editorial about the Billion Baht failure of the development company, including more allegations from disgruntled condo buyers, HERE.