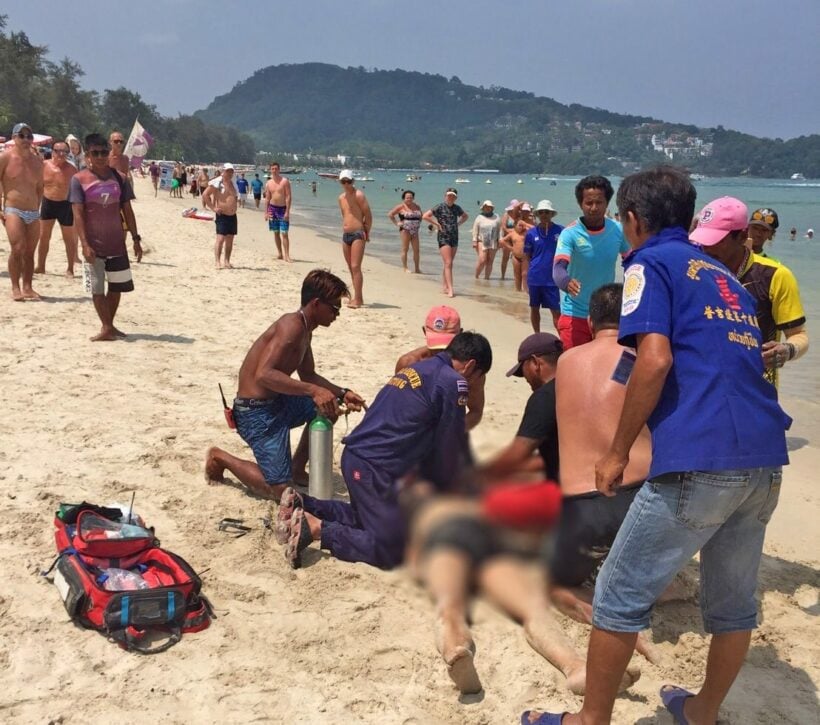 A 56 year old Chinese man, Teng Yiding, has drowned in the waters off Patong Beach.

Patong police received a report about the drowning yesterday (April 4) and rushed to the scene. He drowned near a hotel on Taweewong Road in Patong.

His son, Yang Yongpeng, told the police that they are a family of 5 that arrived in Phuket on April 3. They stayed at a hotel in the area.

At about 11 am, his father went into the water alone as the rest of the family was sitting on the beach. About 10 minutes later, they couldn’t see him as he’d disappeared from sight so they called for help.

When he was found and recovered from the water, he was sent to Patong Hospital and later died after attempts to revive him.

One dead, one injured in Kalim motorcycle/van crash