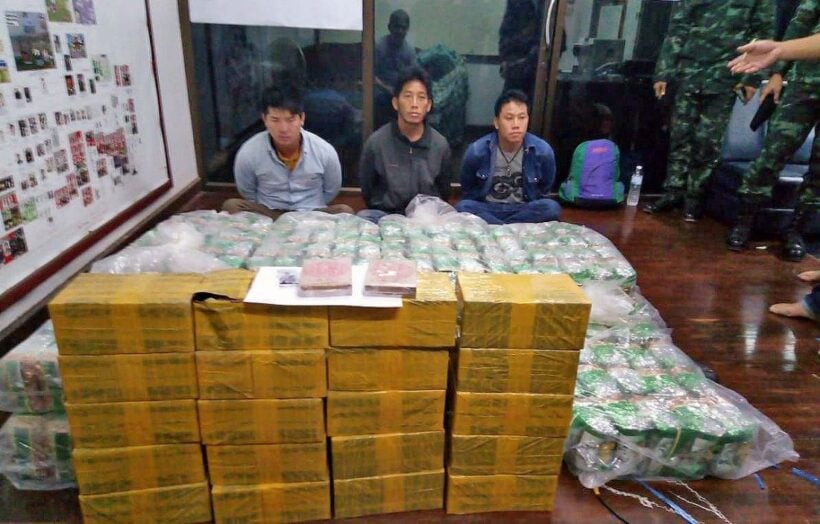 Three Hmong men from Tak province have been arrested in Chiang Rai while allegedly attempting to smuggle 300 kilograms of crystal methamphetamine (ice) and 70 kilograms of heroin from Myanmar into Thailand.

The arrest was made by Army troops from the Pha Muang Taskforce with cooperation from Chiang Rai’s Office of the Narcotics Control Board (ONCB) on Friday night.

A spokesperson for the taskforce say that the three were arrested at 8.30pm at a checkpoint on a road near the 2nd Thai-Myanmar Friendship Bridge in San Phak Hee village in Chiang Rai’s Mae Sai district.

Narcotics officials found the drugs after they received a tip-off that a pickup truck would be used to smuggle drugs from Myanmar into Thailand.

All are ethnic Hmong people from Tak Province.

Surapong told police that he was promised 1.5 million baht by a Chinese man in Thakilek province in Myanmar to deliver the drugs to a recipient in a central province. 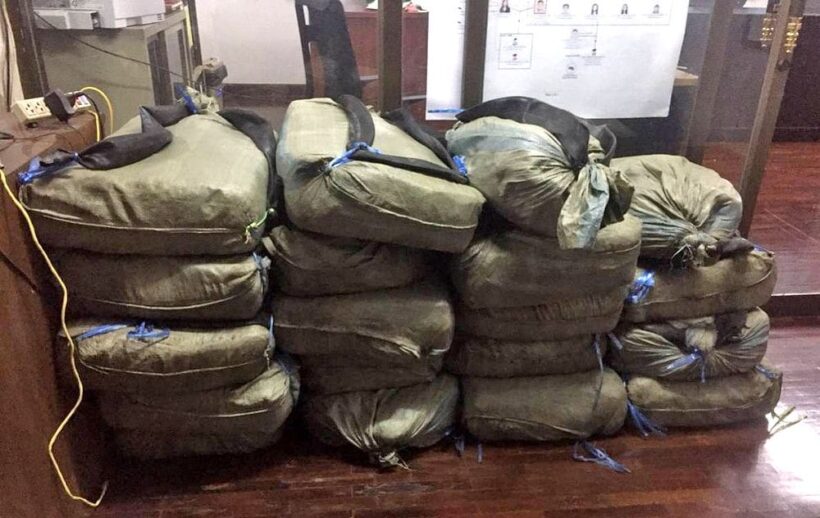