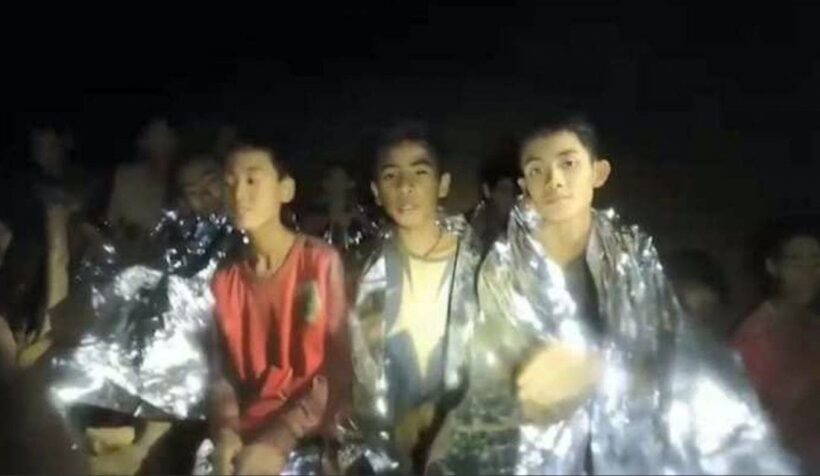 “I promise I will care for the kids as best as possible. I want to say thank you for all the support,” 25 year old Cochairs Ekk wrote in a touching letter, nine days after they were found sitting atop a ledge known as “Nerm Nom Sao” inside the Tham Luang cave by British divers.

And so the narrative goes of the two British divers finding the team at the, now famous, Nerm Nom Sao ledge deep inside the cave. It was said to be about 400 metres past the better known ‘Pattaya Beach’ rise in the caves. The famous photos of the 13 boys perched on the ledge, surviving there for more than a week with only water, went viral around the world.

You can read 100s of versions of the famous discovery on websites, book and documentaries around the world.

Except that, according to one of the British divers who found the boys, it’s wrong.

In a stunning revelation, British caver Vern Unsworth says the #Thai Wild Boars football team was not trapped at ‘Nerm Nom Sao’ but were at ‘Pattaya Beach’ all along. Mr Unsworth went in last month to help clear Tham Luang of silt. Vern Unsworth told the ABC: “Nerm Nom Sao doesn’t exist, it’s a figment if some journalist’s imagination.” If true, this would contradict the official account, every doco and every book (including mine!)

“Well, we’ve been back to Pattaya Beach where the, where the boys were actually found,” Vernon Unsworth told the ABC, just before he guided the Australians into the cave.

Dr Richard Harris and Cr Craig Challen, the two medical cave divers who were instrumental in hatching the plan to sedate the young men as a pivotal part of the cave rescue, revisited the Tham Luang Caves in Chiang Rai today after receiving Thai medals to honour their contribution in a ceremony in Bangkok last Friday.