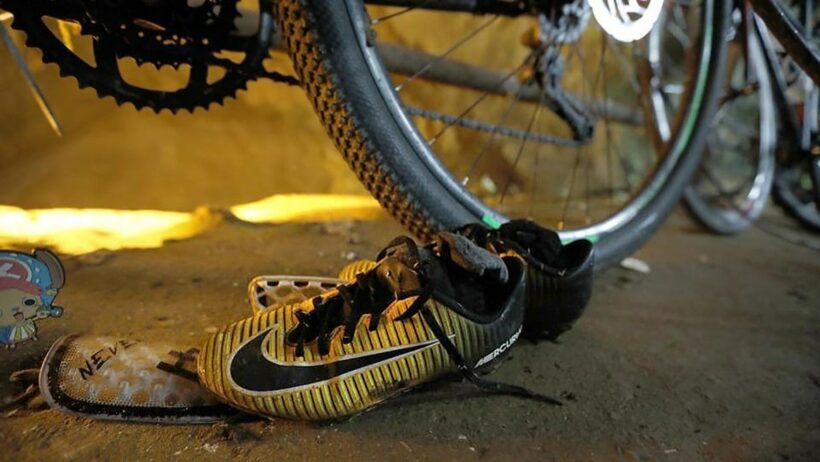 As the team continues to recover in the Chiang Rai Prachanukro Hospital, the parents and guardians are now being given time with they kids. Here are some of the first details to emerge from some of the team members, as reported by Marisa Chimprabha… 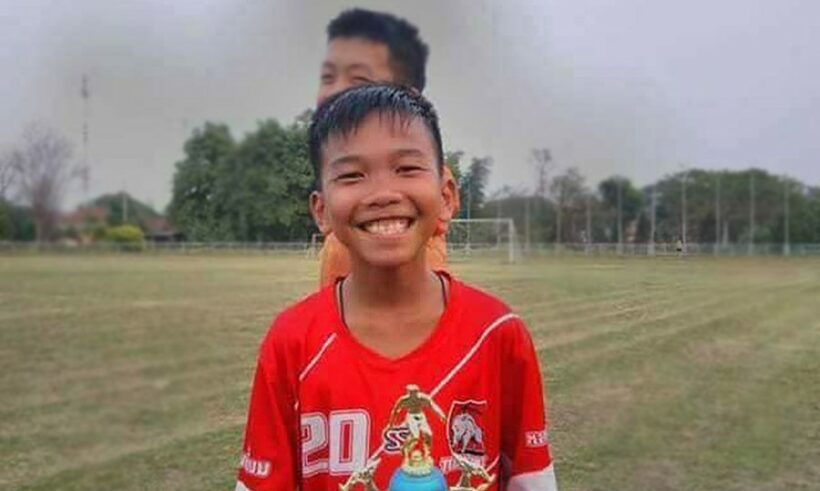 Chanin Wibulrungrueng, one of the 13 Mu Pa Academy football club members who were trapped inside the cave, told his mother, Aikan, that the team wanted to go inside the cave after football practice. Their assistant coach, 25 year old Ekkapon Chantawong, joined the trip.

“My son had an extra tutorial class that day after practice. He told me when I visited him in the hospital that he planned to go into the cave for just an hour and go home,” Aikan said.

Chanin, nicknamed Titan, is the youngest of the 13 Mu Pa (Wild Boar) team members who were trapped inside the cave after a flash flood hit the area and the cave, blocking their exit.

Chanin was speaking to his mother through a glass partition at Chiang Rai Prachanukroh Hospital where the group was undergoing a medical check-up.

“While we were in the cave, there was heavy rain that resulted in fast and heavy flow of water,” he told his mother.

“Coach Ek told the boys to build a wall to block the water but to no avail because the water ran very strong and fast. This forced us to retreat deeper into the cave,” Chanin was quoted as saying. 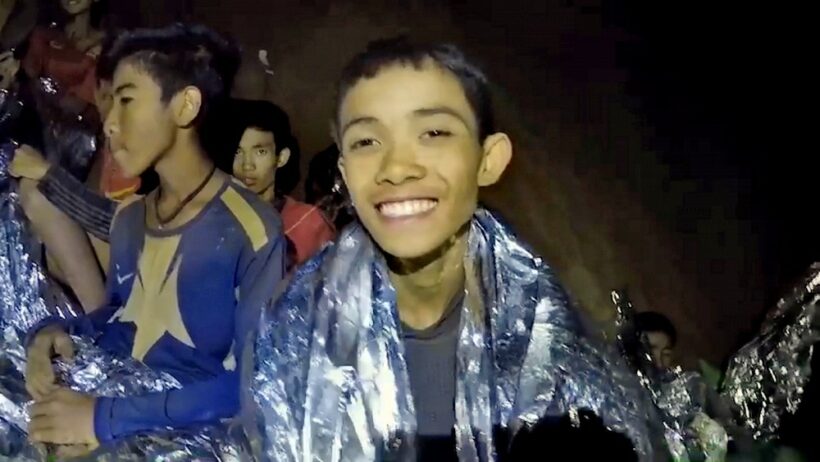 In a separate interview with Thai media, another rescued boy, 13 year old Duangpetch or Dome Promthep, echoed Chanin’s account, saying that he joined the others on the trip because it was to be a short visit.

He brought a small amount of snacks on the trip. “When they got stuck inside the cave, they had nothing to eat,” he told his 45 year old father Banphot who visited him at the hospital.

His statement contradicted an earlier report that the group planned a small birthday party for one of the boys, so they brought food and snacks. Those reports comforted people outside the cave who believed that they had something to eat during the ordeal.

He told his father that on the day they got trapped, everyone panicked but Coach Ek calmed them down and tried to find a way out. Duangpetch said that Ekkapon told the boys not to move and to stay still so that they would save their energy.

“If we were thirsty, Coach Ek told us to use a flashlight to find a hole where rainwater seeped in. So, we drank that water to survive. We did not know the days and nights because it was very dark inside the cave,” he said.

Chanin told his mother that on the first three nights, he was so hungry that he burst into tears. He only consumed rainwater that seeped into the cave through the roof of the cave.

“It was really cold inside the cave. He told Ekkapon that, so he hugged my boy until he slept,” according to Aikan.

It was difficult for the team to sleep on the ledge where they were stranded as it was so small, she said.

Chanin also said that Ekkapon told them not to move a lot to save their energy and meditate to stay calm and not panic.

Duangpetch, the captain of the football team, said that the group was staying on higher ground when the British divers discovered them. They ran down to ask for help when they saw the divers. The discovery was recorded by the divers’ helmet camera, footage that brought joy to their parents and a worldwide audience.

Banphot said his son lost about three to four kilograms during the ordeal and he asked for pork barbecue, Thai-styled noodle soup and a new phone to replace the old one he lost in the cave.

Aikan said she prepared sticky rice and grilled pork which are her son’s favourite food when he leaves the hospital.