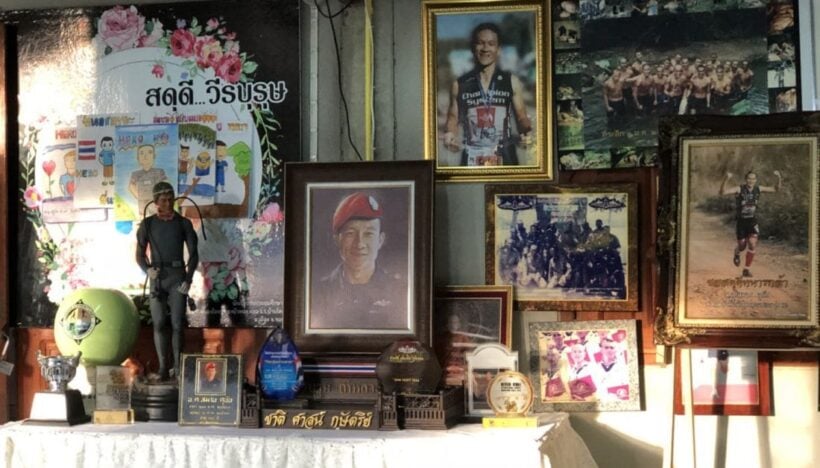 A religious ceremony has been held at a temple and near the entrance to the Tham Luang cave in Chiang Rai to mark the 100th day of the death of Saman Kunan, a former Thai Navy SEAL member, who died trying to help save the trapped Mu Pa football team.

The religious ceremony was organised by the Mae Sai district office, the Chiang Rai cultural office and the provincial office of social development.  The 13 Mu Pa team members and their parents were involved in yesterday’s ceremonies.

Thai PBS reports that the religious ceremony started at Wat Phra That Doi Wa in Mae Sai district, then the temple’s abbot led the group to the entrance of Tham Luang cave, where the 13 were trapped for more than two weeks before being rescued by Thai and international team of skilled cave rescuers.

Tham Luang park officials opened the gate at the cave entrance to allow all the ceremony participants into the cave’s first large chamber to pay their respects to ‘Ja Sam’ and all the other people involved in the search and rescue operations.

Another religious ceremony was held at the nearby museum where a huge painting, depicting rescuers and telling a story of the rescue mission, was put on display in honor of all participants in the rescue mission that captured international attention. 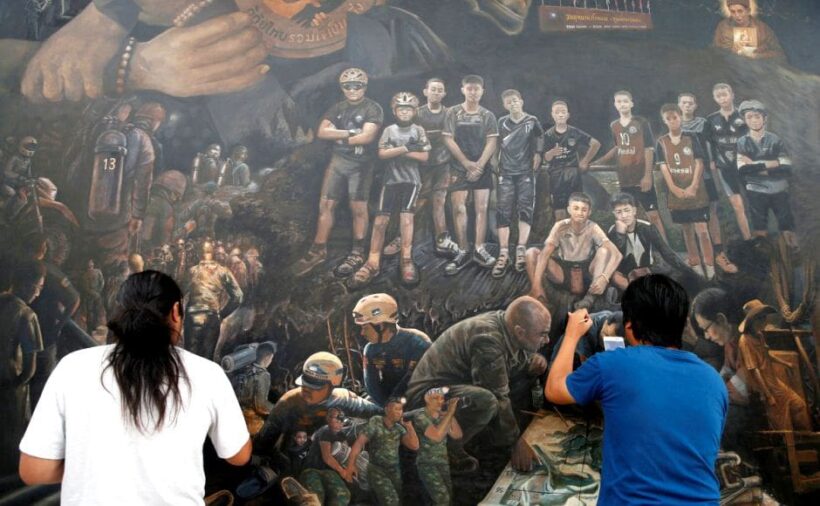 Mu Pa – The Movie. The frenzy for rights.