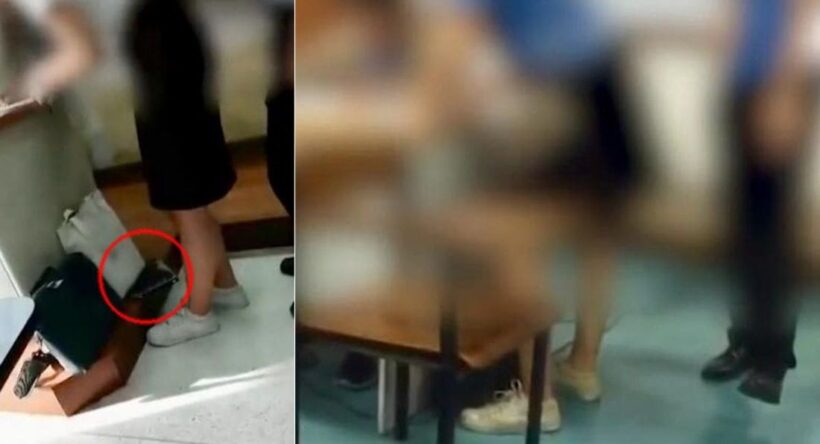 A Chiang Mai University dean has turned over to police an iPad belonging to a former lecturer at the school who has been accused of using it last month to take photos beneath female students’ skirts.

The lecturer has not been publicly named at this stage.

It’s understood that Associate Professor Prapa Sukkasem, dean of the Faculty of Humanities, obtained the device from the accused at the request of Phuping Rajaniwet police.

Provincial police deputy chief Pol Colonel Theerapol Intharalip said the iPad contained convincing evidence and he was confident the investigation, though it would take time, would result in charges being laid.

Theerapol made the comment on Monday morning after assigning women police investigators to help interview the three student victims in the Phuping Rajaniwet precinct conference room.

He said several preliminary charges had already been prepared.

The alleged crime came to light on October 30 when the students consulted an adviser and other faculty lecturers with claims about being photographed from inappropriate angles.