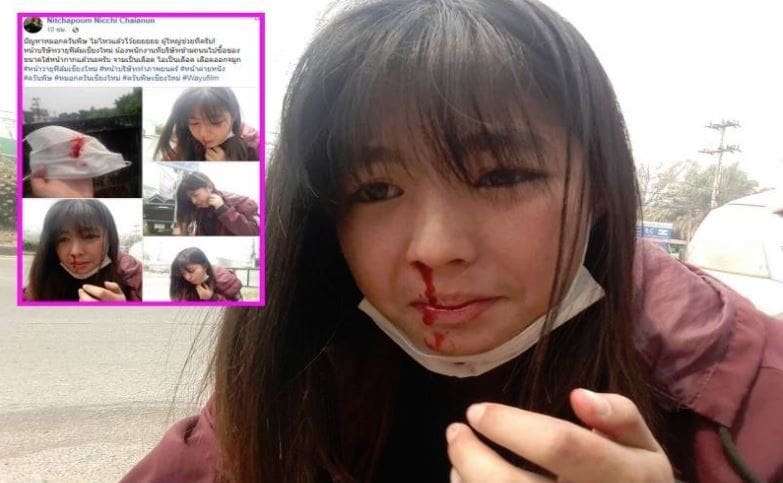 A Chiang Mai filmmaker is calling on authorities to urgently tackle the problems of smoke haze and air pollution around the northern capital because it’s posing severe health problems.

The filmmaker, frustrated with problems associated with production in Chiang Mai this week, has posted photos of a trainee from his company coughing up blood.

He says the photos were a result of the appalling air quality in the northern Thai city that has seen it named as the city with the worst pollution in the world most days this week.

The trainee had gone to buy some items for the film crew and returned with blood streaming from her mouth and nostrils.

Nitchapoom Nicchi Chiaianun of Wayu Film called for the authorities to act and solve the problem.