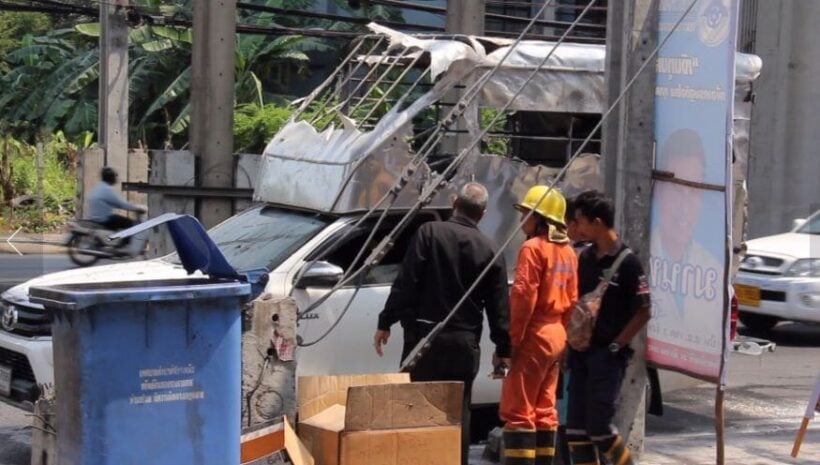 A Toyota pick-up van with a cargo of 3 tonnes of 50% Hydrogen Peroxide has burst into flames in the street in North Samrong, south of the capital.

24 year old driver Janepop says he had picked up the consignment for delivery to a customer in Chanthaburi, south east near the Cambodian border.

He told police he noticed some liquid dribbling over his windshield but continued driving not thinking it was a problem. Next he saw smoke pulled over to investigate. Next there were flames so he fled for his life. 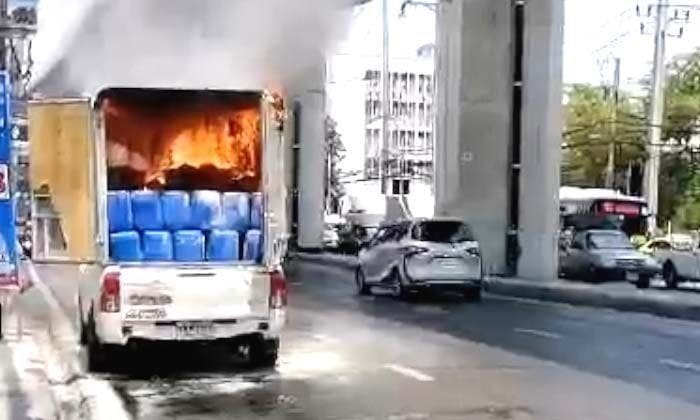