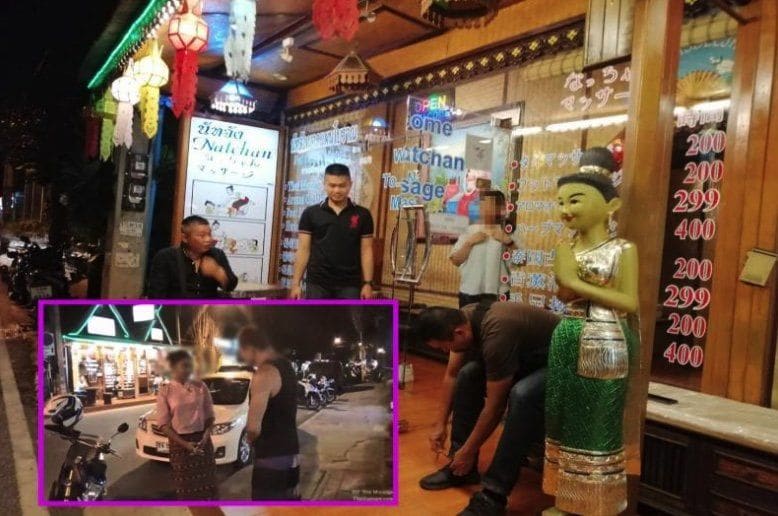 But police say that only the front of buildings was depicted and that a traditional massage lady was not involved in the ‘acting’ sequences. Meanwhile a hunt for the male foreigner and his female accomplice in the sex scenes continues with multiple viewings providing a greater understanding of the case.

Chiang Mai tourist police and colleagues from Muang district police visited several massage locations including Natchan Massage in Kamphaeng Din Road over the weekend. While the frontage of the shop was the same as in the video, the inside scene locations didn’t match.

“Natchan was all above board and the masseuses were providing a traditional service.”

No staff at the shop, or other places checked, matched the woman in the movie so it was determined by police that the producers had used well known frontages and footage from outside and and then filmed the sex scenes elsewhere.

The Department of Public Health came to the same conclusion (phew!) exonerating the traditional massage parlours in the area.