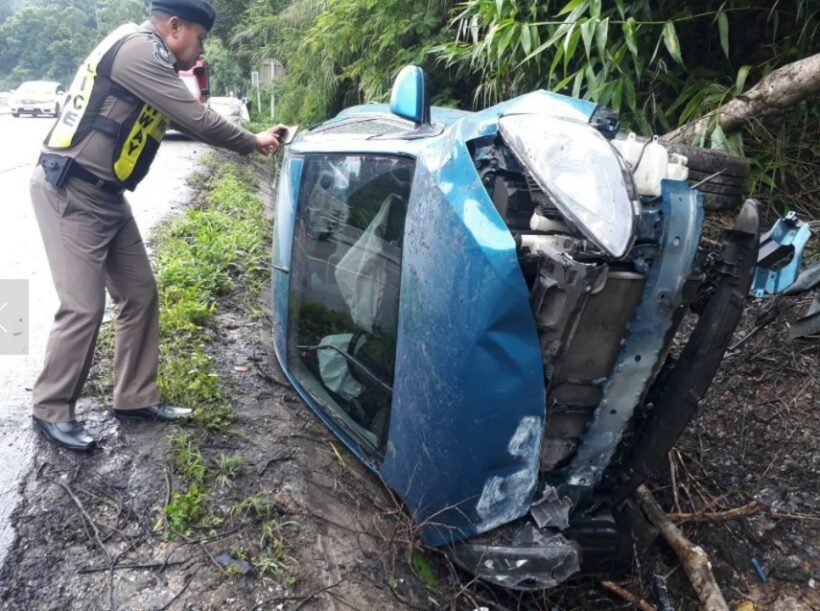 Sanook is reporting that Thai media are hailing the survival of a father and son as a miracle. The father and his three year old boy walked away from a horror crash on the Chiang Mai-Lampang highway.

30 year old Chat was travelling along Route 11 on his way home with his son from Lamphun to Muang district of Lampang.

His Mazda 2 careered off the road at a bend known locally as the ‘Corner of 100 Corpses’. It was raining at the time of the incident. But they didn’t become the 101st and 102nd corpse due, they claim, to Chat’s 1980 issue “Luang Phor Kasem” amulet.

The thankful father showed Sanook reporters after he and his son were treated for minor injuries at the scene. The wreckage of the car has been taken to Hang Chat police station. 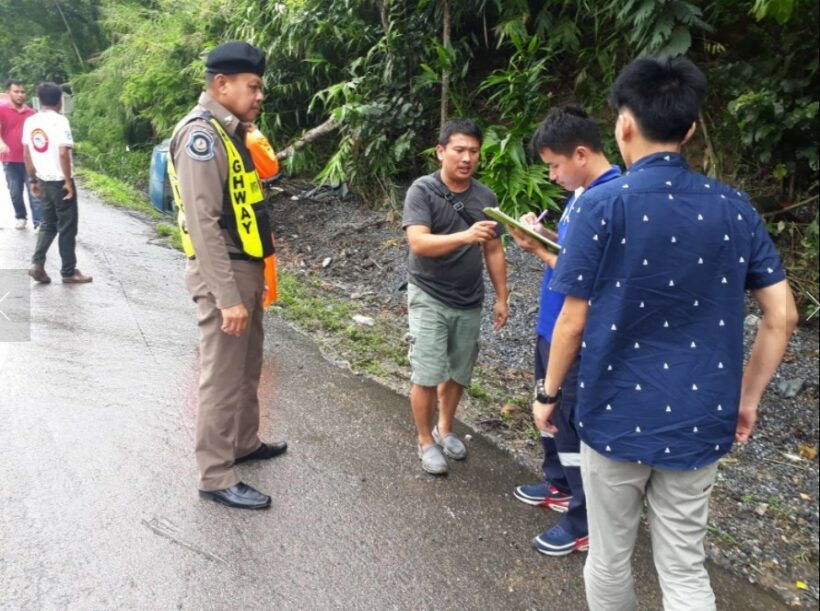 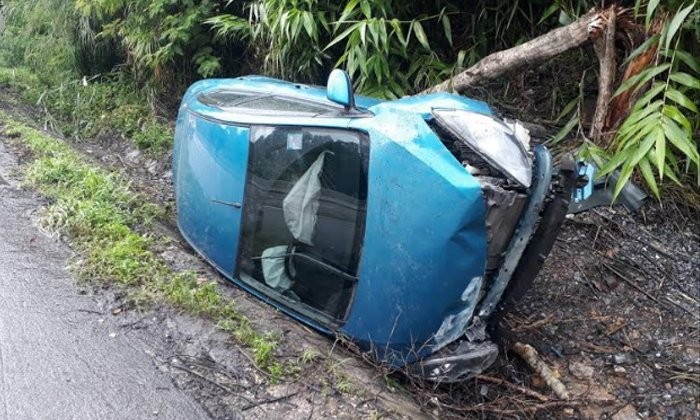 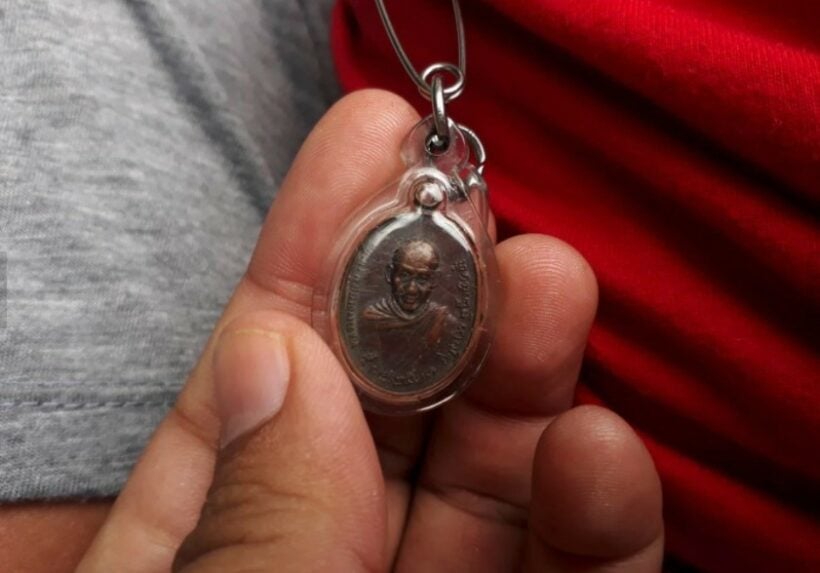 Former US pilot shoots himself dead at house in Chiang Mai