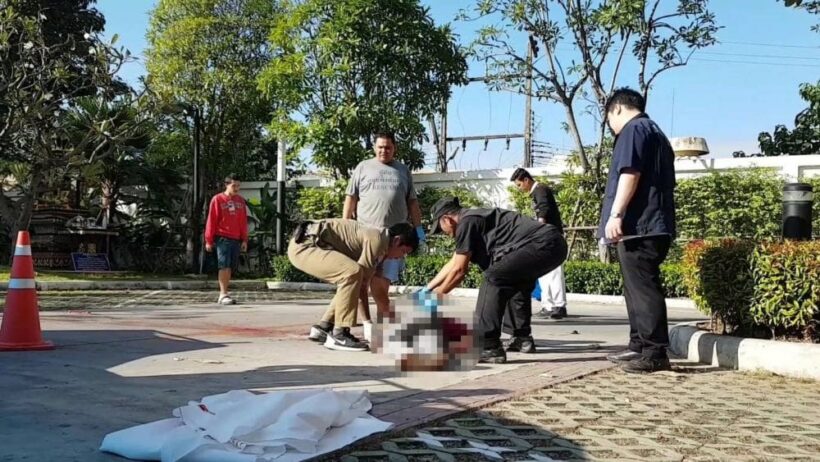 Chiang Mai police are reporting that a man, allegedly experiencing depression following a business failure, has jumped to his death from a condo rooftop in front of his relatives. The incident happened this morning.

40 year old Apirak Chansawang died on impact outside a luxurious 32 floor condo in the Wat Ket area of Chiang Mai.

His relatives told police that they were taking Apirak to the rooftop for morning exercises when he suddenly and spontaneously climbed over the wall and jumped down as shocked relatives were unable to respond.

Relatives told police that Apirak used to have a successful business abroad and returned to Thailand five years ago. He borrowed money from relatives to buy a shophouse and opened a language school. But the business failed, causing him to fall into depression. Apirak was undergoing medical treatment by medical staff at the time, according to police.

His relatives say Apirak had tried to commit suicide before when he was in his room on the 26th floor of the condo but relatives were able to save him in time on that occasion.