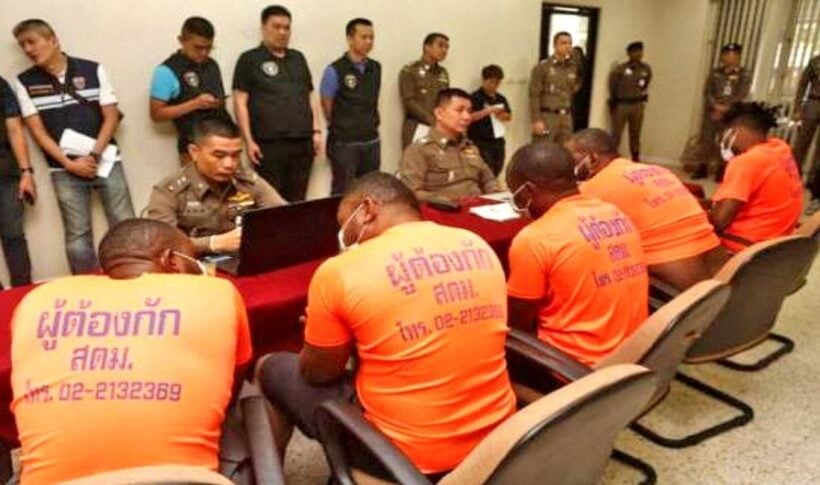 An immigration officer has been suspended without pay for allegedly permitting foreign travellers to do a re-entry  without them having to actually leave the country.

Immigration chief Surachate Hakparn says his department has identified the officer and have named him in Thai media.

“The officer confessed to have provided entry stamps in return for 5,000 baht from each person.”

Investigators are now delving further into the case, looking for others who could have been colluding with the officer in question.

Officers recently arrested five men who each owned multiple passports, complete with illegal immigration re-entry stamps. According to investigators, some had different names and aliases, but used the same photos.

A 33 and 44 year old Nigerian were arrested at a condo in Chiang Mai and three other men from South Africa and the Ivory Coast were arrested in Surat Thani. Another, a 39 year old from Guinea-Bissau, was caught in Bangkok by Immigration officers.

In addition to the re-entry ‘scam’, officers are determining if any of them were involved in any other criminal activities. Surachate claims that many foreign criminals fleeing justice often choose Thailand as the place to hide.