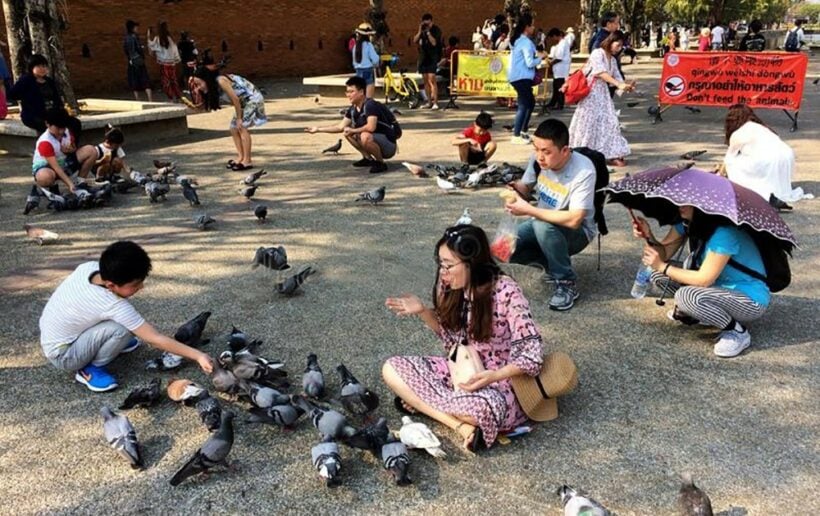 Chiang Mai City Life is reporting that the pigeons at Tha Pae Gate have been an ongoing issue for the city as their numbers has been reportedly increasing.

In the attempt to prevent an infestation of pigeons in the area, Chiang Mai Municipality enacted a law prohibiting any street vendor in the area to sell bird feed. For tourists and locals, it is not uncommon to have someone try and sell bird feed to you at the gate, despite this law.

On July 29 the city inspector visited the gate and arrested seven people selling bird feed. However, during the operation, some vendors managed to escape. These are not first arrests carried out.

The inspectors revealed that these vendors have been warned, some were charged but they just keep coming back, and that tourists still purchase feed from them despite large warning signs in English and Chinese.