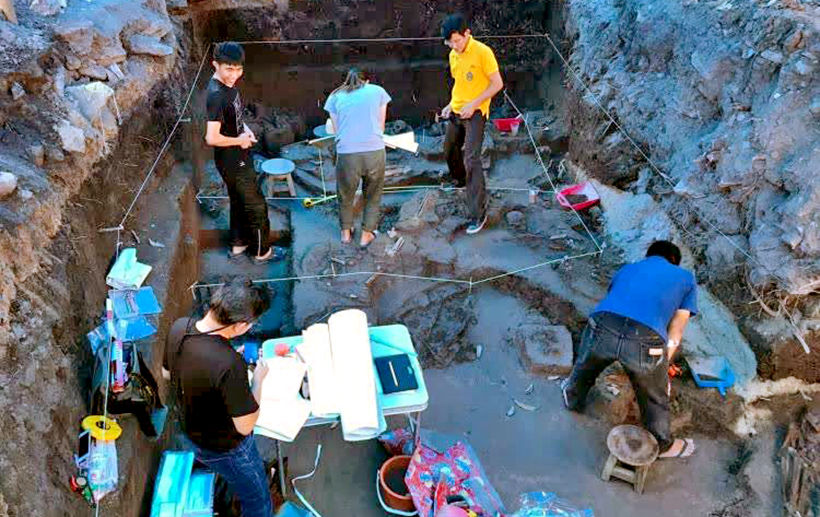 Officials from the Fine Arts Office 7 report that they have excavated ancient skeletons in the Wiang Tha Kan archaeological site, in the San Pa Tong district, south of Chiang Mai city. Up to 23 ancient human skeletons, plus the skeleton of a horse, have so far been found. They are estimated to be at least a 1,000 years old.

The skeletons were found behind a Chedi at Tha Kan Temple, Ban Klang subdistrict. The ancient Wiang Tha Kan city was a fortress of the Hariphunchai kingdom that is more than 1,400 years old. Twenty-three skeletons were found two metres underground. All the skeletons lay pointing to the West and Northwest, laid on their backs with knees bent.

Nongchanai Tharaksa, operational archaeologist from Fine Arts Office 7, a member of the excavation team, says this was their second excavation at the site. The first excavation was conducted in 2012 and skeletons of horses and humans were found then too. The skeletons uncovered will undergo DNA testing in order to determine their age range.

The skeletons are though to have belonged to men and women, and a child around two years of age. They are believed to be older than one thousand years and the area could have been a cemetery. However, the officials can’t tell if they died as a result of war, disease or natural causes.