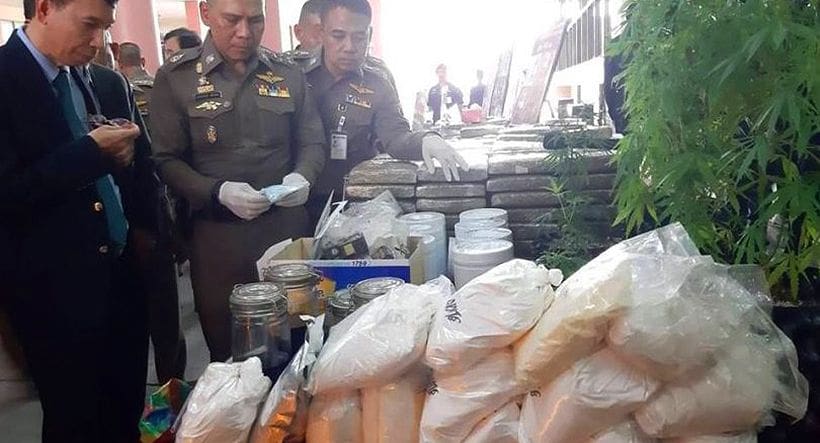 Police allegedly found cannabis in multiple forms – dried, liquid, tablets as well as plants. Inside one house, there was a laboratory used for producing cannabis products and other restricted drugs.

The American was identified as Joshua Paul Pate and the woman as ‘Ruewornrat’ or Amporn Wiriyaathorn.

The arrest resulted from a police investigation into a website that the suspects are said to have operated to sell an illegal drug, known as Dianabal DS, as well as sedatives in the Diazepam group.

Ruewornrat was arrested on February 23 after police allegedly found 100,000 tablets of the sedatives with her at a transportation station. The investigation extended to a house in Soi Duangdee, where chemical precursors were found along with drug production machines and dried and liquid cannabis.

The raid led police to another house in Moo 3 in the same district, where they found more machines. Pate was arrested at this house for allegedly possessing the narcotics and overstaying his visa. The confiscated items were worth about 14 million baht. 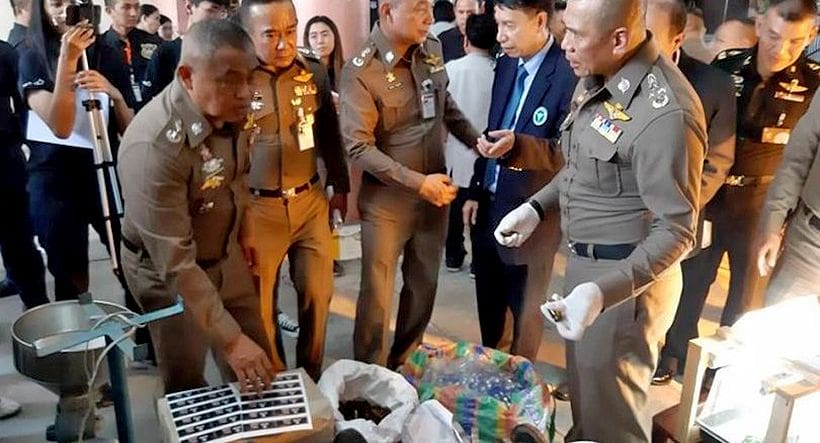 Flight attendant alleges he was assaulted by Thai Airways captain