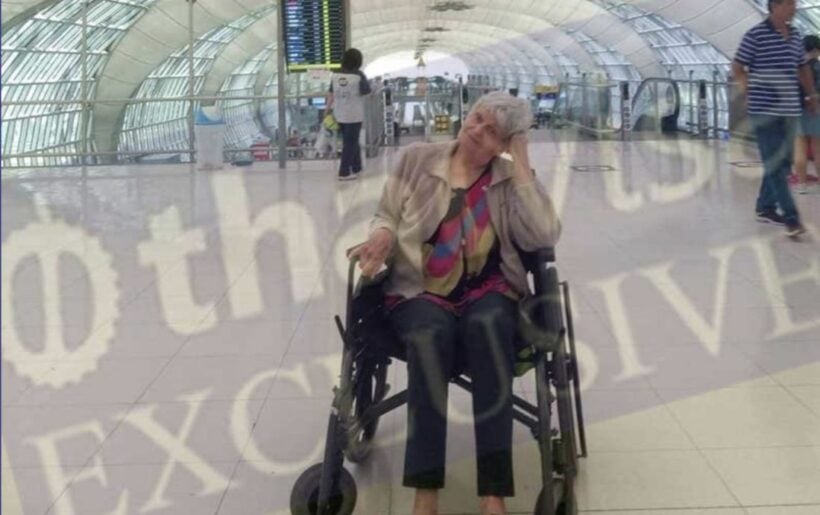 “Mum is doing OK. She keeps forgetting who I am. But we must live completely in the moment with Alzheimer’s, and stay happy.”

In an exclusive interview with Thaivisa, the daughter of the Alzheimer’s patient who claimed that her 77 year old mother was forced out of Thailand by new immigration rules, sent Thaivisa photos of their departure.

57 year old Deanna Denis, the daughter, was seen at the airport and on the plane with her mother 77 year old Anna Padgett. ThaiVisa reports that people online were claiming that the story was a publicity stunt.

The mother and daughter flew from Chiang Mai to Bangkok this morning and were scheduled to fly to Manila today.

The family told Thaivisa that Thai financial requirements, having to have 800,000 baht kept in the bank for their mother, had forced them to seek alternative care in Manila, The Philippines, where the costs for aged care are a lot lower.

They said this is available for $1,000 a month compared to nearly $3,000 in Thailand, the family told Thaivisa.