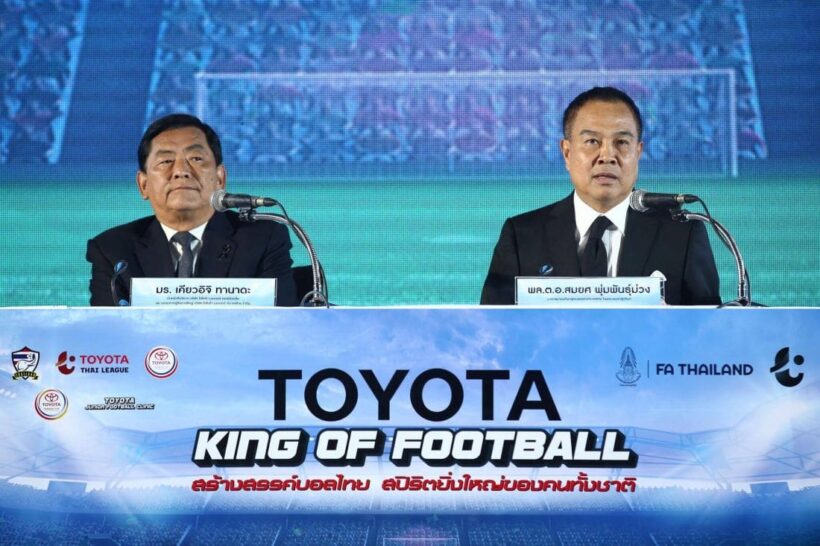 ASN (Asia Sponsorship News) has just released its Sponsorship Market Overview for Thailand 2018. Local agencies have had their say on the performance of the Southeast Asian sponsorship marketplace.

General market health -in GDP terms – for Thailand was generally positive. In November last year, the country forecast a slightly reduced GDP forecast in the mid-4% range for itself for the year.

Back to the Sponsorship market and the leading spending brands are as follows; the Top 10 includes the usual major players, but also some newcomers since ASN last analysed the market in 2016…

These 10 brands contributed almost 30% of the total investment in this Southeast Asian market.

Then there are the broader market dynamics that moved the needle – across the various ways to slice ASN’s market data:

Commenting on the market movements is eponymous Founder of Paul Poole (South East Asia) Company, a marketing consultancy specialising in commercial sponsorship in Thailand says, “The 19% year-on-year increase in Sponsorship spending in 2018 is testament to a strong industry.”

“To see big brands and organisations such as AIA, King Power, Sports Authority of Thailand (SAT), Honda and Siam Cement Group falling off the list is somewhat of a surprise given their visibility in the marketplace and their sponsorship history.”

“However, it is refreshing to see new additions to the list such as Adidas. It speaks of a dynamic and ever-changing market.”

“Sponsorships have the potential to reach beyond short-term sales to build a brand’s identity. Brand strength contributes 60 to 80% to overall sales, making this benefit critical for sustained, long-term sales growth.”

Poole is convinced consistency is key to building brand awareness and companies like Toyota and Adidas are good examples of companies pushing through content on all platforms, especially social media.

Since brand ambassadors are now typically anyone sharing content – especially online via video content – brands are getting leverage from the increasing use of social media platforms across the world. And Thailand is one of the most gluttonous consumers of online content!

So the Thai market is in good health: let’s see if 2019 can sustain the growth.

After seeing a 45% increase in net income from last year, Pfizer, the pharmaceutical giant, is largely increasing its projected profits for this year. And, the increase is undoubtedly due to the high amount of Covid-19 vaccine sales, in which the company says is shaping up to provide a “durable” revenue stream.

The company says this year’s first quarter profits featured almost 1/4 of sales coming from the Covid vaccines. As it is teaming with German partner BioNTech, the company is set to increase its vaccine production, putting it on track to see US$26 billion in revenues from the vaccine this year. The new number-crunching is an increase from the US$15 million that was projected in February of this year.

But the profits are triggering criticism as governments are feeling pressured to ensure vaccines are available in poorer countries. Chief Executive Albert Bourla, says the company is holding dialogues with “basically all governments of the world,” and it is awaiting approval from the US for 12 to 15 year olds to be able to receive the jab.

The company is also studying the efficacy of giving inoculations, or boosters, every 6 or more months after the second dose- in a move that signals even more profits on the horizon. Bourla says this scenario would allow the company to be both a leader and a financial beneficiary.

“It is our hope that the Pfizer-BioNTech vaccine will continue to have a global impact by helping to get the devastating pandemic under control and helping economies around the world not only open, but stay open.”

But last month, World Health Organisation chief Tedros Adhanom Ghebreyesus, cited a “shocking imbalance in the global distribution of vaccines” and emphasised that the WHO’s Covax programmes must be fortified soon to allow poorer nations to gain access to the inoculations.

Zain Rizvi, a law and policy researcher at progressive Public Citizen advocacy group, says Pfizer’s increase in profits show the need for governments to take action to save lives.

“Pfizer is cashing in on the crisis and hoarding technology, even as billions of people around the world go without a vaccine. Pfizer’s profiteering shows the urgent need for governments to step-in. Governments should require Pfizer to share technology with manufacturers around the world to help ramp up global production.”

Pfizer has defended its vaccine pricing policy, saying it has moderated the cost to encourage broad access through the pandemic phase that could continue into the year 2022. But with a net income increasing by 45%, at US$4.9 billion over the past year and revenues jumping the same percentage to US$14.6 billion, critics point towards the continued disparity of vaccine availability between poor and rich countries. Pfizer’s shares have also increased by .3% to US$39.95.

What will be the most expensive real estate on MONOPOLY: Phuket Edition?

Phromthep Cape… Phuket Old Town… Patong Beach… These are just a few of the landmarks in Phuket that have now been short-listed since it was announced that Phuket will be getting its own edition of MONOPOLY.

The top squares of the the locally-themed game board will soon be handed over to Phuket’s most prominent places. With so much around Phuket that stands out, the public has been asked to help with what the top squares of MONOPOLY: Phuket edition should be.

“Thank you for everyone’s suggestions so far! We have seen so many wonderful ideas come in and we will start to put the game together very soon,” says Jennifer Lau of Winning Moves, the company putting together the Phuket edition of MONOPOLY under official license from MONOPOLY owners Hasbro.

“We’ve had so many suggestions for the most iconic places of Phuket to feature on the top end of the board, that it is difficult to decide what should be there!”

Tell Hasbro what you would like to see featured on the most prominent squares of the game by writing into the Phuket Monopoly Facebook page, or by emailing phuket@winningmoves.co.uk with your suggestions.

Maybe a “Go to jail (but pay 10,000 baht for a quick release)” or the Community Chest could be free for Thais but 500 baht for foreigners. When you land on a property you can be charged rent, but foreigners can’t buy the land. Go for it… 🙂