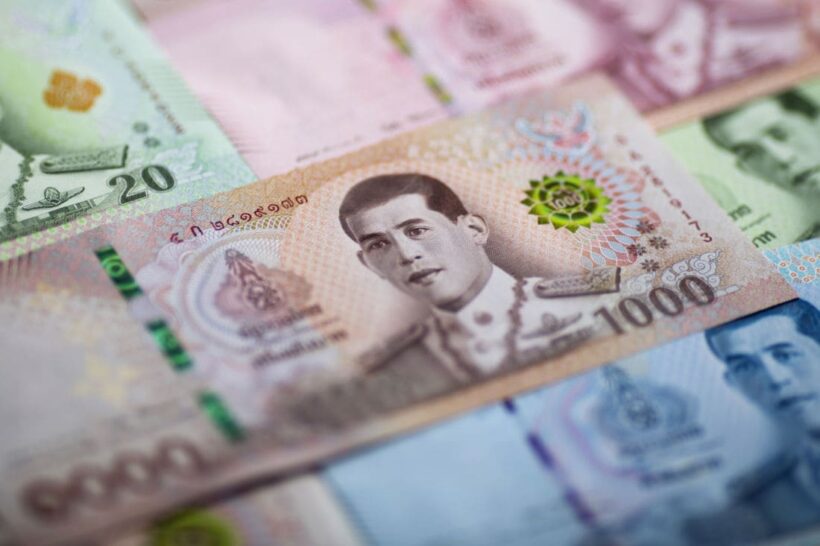 The Thai baht has hit a six-year high, reaching 31.05 to the US dollar yesterday after the US Federal Reserve signalled possible interest rates cuts. The US Fed says their monetary easing would be in response to increased economic uncertainty and a drop in inflation expectations. 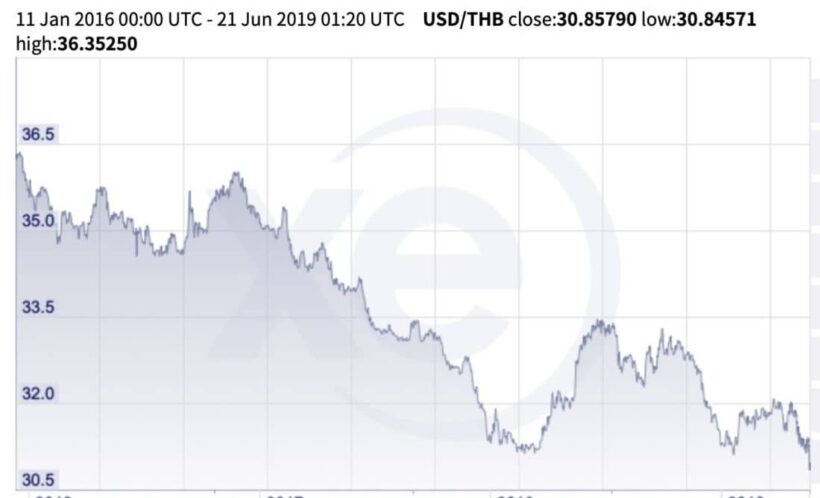 At a meeting on Wednesday, the US Fed kept interest rates on hold in a 2.25-2.5 per cent target range, amid the trade tensions with China. That was enough to push the Baht to its highest since October 2013.

Krungthai Bank’s chief market strategist Jitipol Puksamatanan noted that one of the US Fed member voted for a rate cut, with seven of the Fed’s 17 policymakers foreseeing the rates cuts amounting to 50 basis points this year.

US stocks rose after the statement, with the S&P500 Index edging up 0.3 per cent. The US dollar depreciated against all assets – from the major currencies to crude oil and gold.

The baht is believed to have gained support from capital markets, which are open to more risks and the prospects coming from a clearly easing US monetary policy.

Major risks to US dollar’s continued depreciation are the ongoing trade negotiations as well as a US economic slowdown as a result of political uncertainties.

Thai Business operators are urging the new government to ease the high living costs for ordinary people as part of efforts to reduce income inequality, while stimulating public investment.

They also say that advances in the country’s transport system should be pushed to increase connectivity and help spur economic expansion. More efforts are also being sought to promote new export markets for agricultural products amid the US-China trade war.

Tourism destinations in smaller communities should be promoted, alongside support for greater marketing opportunities for the products under the One Tambon, One Product scheme.