DealStreetAsia, an investor news site reporting on Asian business, confirms that Singha Corporation has purchased a majority stake in the Thai restaurant chain, Santa Fe. It’s understood that Singha purchased the shares held by Lakeshore Capital for approximately US$50 million or 1.53 billion baht, giving it a 90% stake in the chain seen in most Thai shopping centres.

The Nation reports that Singha will now oversee over 110 restaurants across Thailand in one of the country’s biggest food industry deals of the year. The company first turned its attention to the food industry two years ago, launching Food Factors Company under the Boon Rawd Brewery group.

WongnaiFood Factors aims to make 5 billion baht over 3 years under the stewardship of Piti Bhirombhakdi. The company has an ambitious long-term target of 10 billion baht a year, along with plans to be listed on the stock exchange.

The Santa Fe chain was established in 2003 by Surachai Charn-Anudet’s KT Restaurant Company, with the aim of becoming a major competitor to Sizzler, the American chain brought to Thailand by Minor Food. 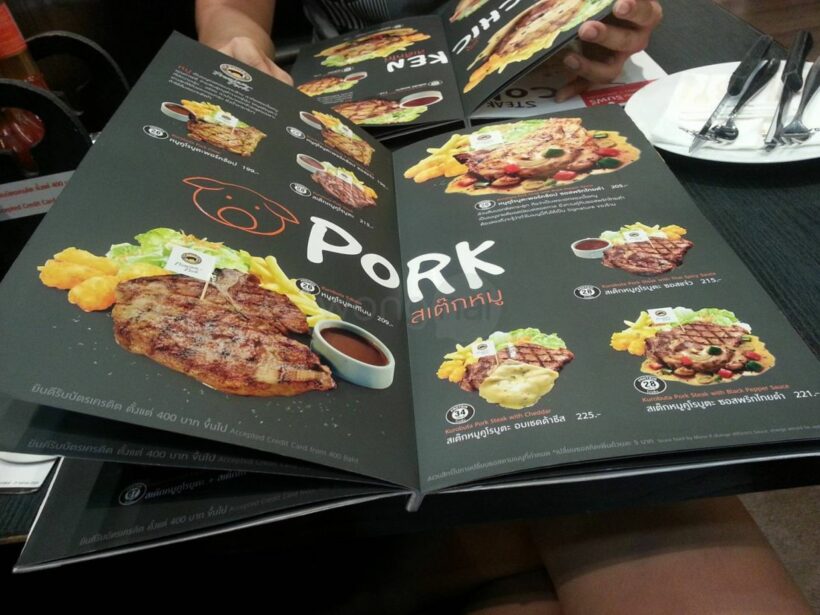 Keep in contact with The Thaiger by following our Facebook page.
News Categories:BusinessFood SceneThailand
Related Topics:
Up Next

Find restaurant and food listings around Phuket at Thaiger Bites.

Do you need help with your business? Are you searching for a new job? Or an employer looking to hire? Try JobCute today. 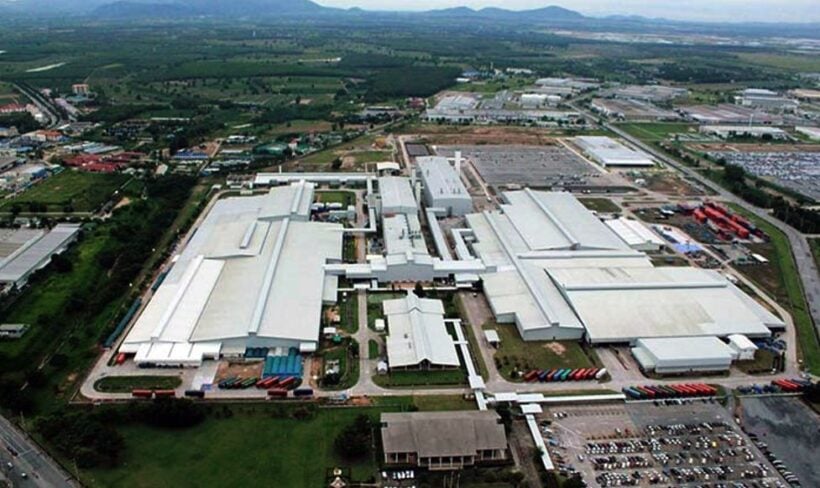 China’s Great Wall Motors has agreed to buy the General Motors’ Thailand manufacturing plant in Rayong. It’s expected than the transaction will be completed by the end of this year. GM announced this week that it is accelerating a retreat from “unprofitable markets”, becoming more dependent on the US, China, Latin America and South Korea for its manufacturing. Read more about the pull-out HERE.

“GM is focusing on markets where we have the right strategies to drive robust returns, and prioritising global investments that will drive growth in the future of mobility, especially in electric and autonomous vehicles.”

GM said it will also pull the Chevrolet brand from Thailand, a major pickup and SUV market. With the proposed sale of the Thailand plant to Great Wall, GM passes up opportunities to expand operations in Southeast Asia.

Great Wall, one of China’s biggest SUV makers, says it will sell vehicles from the Thai manufacturing plant in Thailand, other ASEAN countries and Australia as the automaker seeks to expand globally amid a slowing domestic market. Earlier this year, it signed an agreement to buy a GM plant in India. The companies said they expected the transaction would be completed by the second half of this year.

Shi Ji, analyst at Haitong Internation, told Reuters that these two plant acquisitions will certainly accelerate the opening up of the auto market into parts of SE Asia.

“Such an acquisition could give Great Wall quick access to the ASEAN market, and Thailand is a good choice for its production base amid the country’s established supply chain in the automotive industry.”

Thailand produces around 2 million light vehicles each year, with just over half exported, most of them Japanese-based brands like Toyota, Honda and Suzuki. Great Wall may consider also building pickup trucks and SUVs in Thailand.

The automaker, which is building a car plant in China with BMW Group, sold 1.06 million light vehicles last year, including 65,175 units for export.

“There is no choice, if we don’t go global, we will not survive,” Wei Jianjun, chairman of Great Wall Motors said last year when they opened their first full assembly plant in Russia. Great Wall rival Geely is also looking to expand light-vehicle sales across the ASEAN region with Malaysia-based brand Proton. 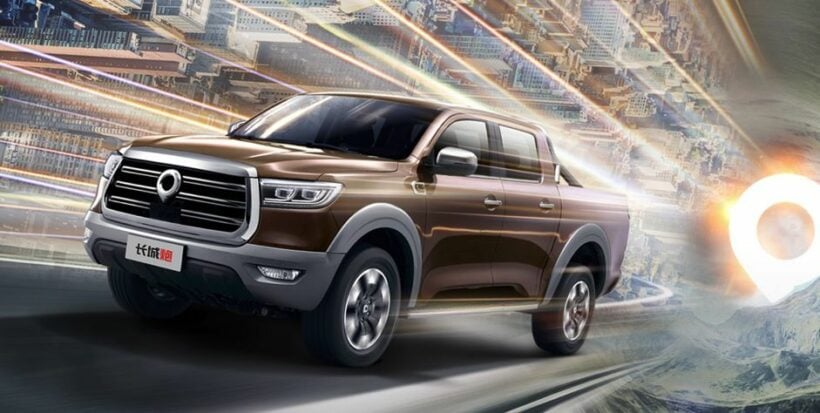 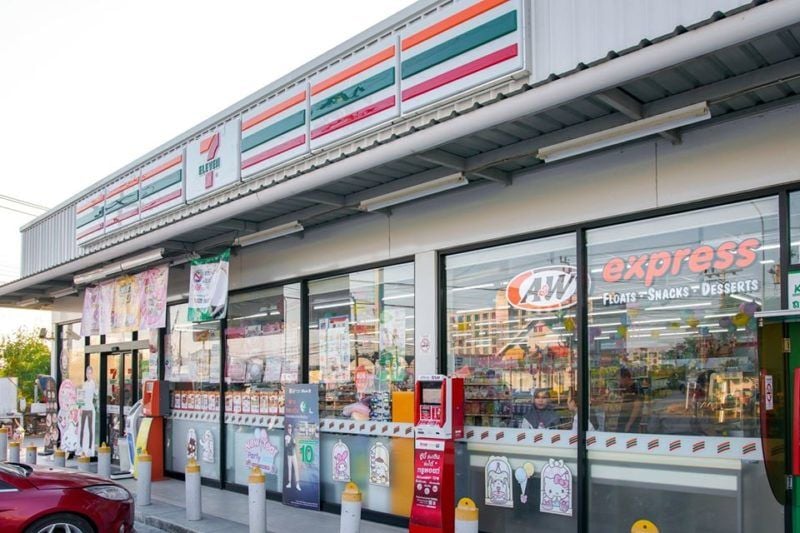 …well, in one store anyway. Maybe more to come.

You can pay your bills there, buy a Slurpee, get a good coffee and, now, do you washing too. A Bangkok 7-Eleven store has rolled out its own laundry service, not that anyone is going to be actually doing your laundry, but they will provide the washing machines.

The laundromat at a 7-Eleven branch in Bang Phlat district, on the west back of the Chao Phraya, has been introduced as a trial store. The new service called Otteri Wash and Dry.

Kavin Nitasnajarukul, Otteri owner said that their service has been around since 2016.

“The reception has been very good so far. It’s mostly used by people living in the residential area there. Otteri Wash and Dry currently has 210 branches around Thailand.”

The Sirinthorn Soi 5 branch also has a photocopying service, scanning and printing service, bill paying, phone cars and top-ups. And everything else you’d associate with your friendly neighbourhood 7-Eleven.

Otteri’s owner says they will make a decision soon about opening more of their services in others the 10,000 or so 7-eleven stores around Thailand.

Meanwhile, a Nawamintrarachinuthit Soi 3 7-Eleven branch near Assumption University off Bang Na Trat, Samut Prakan, has opened an A&W Express (hot drinks and snacks) outlet in their branch, serving root beer, waffle sandwiches, and other items from the fast food chain. A&W Express say they will launch in at least 10 other 7-Eleven branches this year.

Around the country, 7-Eleven stores are brining branches up to date, modifying old ones, and in some cases, completely re-building them with more space and greater parking. For now, whilst you’re waiting for your washing to finish the spin-cycle you have plenty of snacks to choose from.

MICE sector to get 200 million baht in relief funding

Thailand’s government will provide relief funding for the MICE (meetings, incentives, conferences, exhibitions) sector after it declined by half due to the coronavirus outbreak.

The cabinet approved the extra budget last week. The Thailand Convention and Exhibition Bureau (TCEB), together with the Thai Chamber of Commerce (TCC) and listed companies, will provide 200 million baht in cash incentives to promote the MICE sector.

Typically a 40-person group will have a total expenditure of 140,000 baht per trip. Corporations with incentives or meetings in a province other than their own, with at least 40 people, will receive an additional 20,000 baht per group.

TCEB’s president says the stimulus package should draw demand from corporate customers, and the fiscal package already allows firms to deduct their expenses twice for organising meetings outside their province.

At least 100 corporate groups have joined the scheme. The TCC and SET-listed companies have pledged to boost the domestic market by encouraging the private sector to arrange more meetings in provinces.

The chairman of the TCC and 10 chief executives of top Thai companies will participate in a pilot incentive trip to Pattaya to kickstart the Meeting in Thailand stimulus project on Feb 26.

The TCEB has prepared various other campaigns aimed at potential short-haul international MICE markets such as Hong Kong and Singapore for when the coronavirus threat subsides.

Sumate Sudasna, president of the Thailand Incentive and Convention Association, said the international meetings and incentives market is down by half since the start of the year.

“Groups that are travelling in Thailand are here because it was too late to cancel the trip. After the crisis, this segment will take 4 to 6 months for full recovery because MICE requires more time for planning,”

The impact of the coronavirus impact has been felt across the global MICE business. The sector is especially sensitive to safety issues, rendering price strategies to retrieve confidence ineffective in most markets.

Chiang Mai blanketed in smoke as fires burn around the province